As we hunkered down for quarantine in March 2020, there were at least plenty of great television series to watch. Like many others, I binge-watched The Queen’s Gambit and Bridgerton– riveting shows for very different reasons.  I appreciate interesting documentary series like Lenox Hill. I also found several other shows worth watching. These are the ones I consider to be the best. 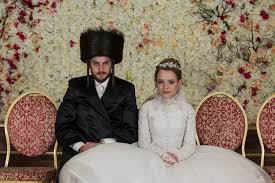 Unorthodox— this show about a Jewish woman, Etsy, escaping her Orthodox marriage and community to live a life abroad is fascinating and riveting. It’s a moving story based on a memoir by Deborah Feldman. The brilliant script and acting makes it especially compelling. Much of the series is in Yiddish and it really doesn’t matter as it’s a universal sentiment expressed throughout the series.

Mrs. America— Conservative activist and anti-feminist Phyllis Schlafly leads a fight against the ratification of the Equal Rights Amendment in the 1970s. We see feminist icons Gloria Steinem, Shirley Chisholm, Bella Azbug, Betty Friedan, and others campaigning for the ERA. Stellar cast with Cate Blanchett as Schlafly, Rose Byrne as Steinem, Uzo Aduba as Chisholm, Margo Martindale as Azbug and Tracey Ullman as Friedan. 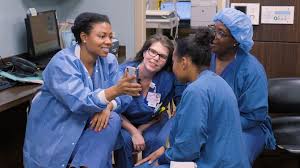 Lenox Hill— documentary that follows four doctors– two brain surgeons, an emergency room physician and an OBGYN– as they practice at Lenox Hill Hospital in New York City. I worked in healthcare and had considered a career in nursing so I’m particularly interested in medical documentaries and dramas.

Stateless— Inspired by actual events, it focuses on the intersecting lives of four people at an immigration detention center in Australia: a flight attendant escaping a cult, an Afghan refugee seeking asylum, a young Australian father in a dead-end job and a stressed bureaucrat caught up in a national scandal. Difficult to watch at times, it addresses many international issues including humane treatment of refugees and mental illness.

The Queen’s Gambit— what can I say about this brilliant show that’s not already been said? Who knew chess could be so thrilling and stylish?

The Flight Attendant— When I read this novel a few years ago when it first came out, I liked it but also found it confusing and did not like the ending at all. The series is fantastic. Kaley Cuoco is fresh, energetic, extremely appealing and vulnerable as Cassie, the flight attendant with a drinking issue, who wakes up in a hotel next to a dead man with no idea what happened. Zosia Mamet shines as Cassie’s no-nonsense attorney best friend. Can’t say much more without giving anything away.

Bridgerton— I know everyone’s watching this and loves it. Gorgeous scenery, costumes and cast– it’s Gossip Girl (which I haven’t seen all that much of) meets Downton Abbey and Pride and Prejudice. I haven’t read the romance novels on which the series is based but I’ve put in a request to my library (there’s a waitlist as I’m not the only one curious).