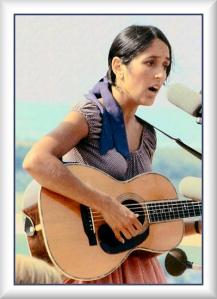 1960—Harper Lee writes the Pulitzer-prize winning To Kill a Mockingbird.

1960—the first BIRTH CONTROL PILL gets U.S. approval for sale.

1962—Ship of Fools by novelist/short-story writer Katherine-Anne Porter gets published. 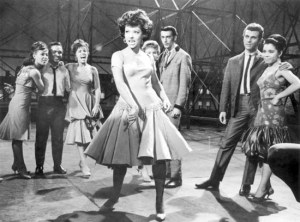 Rita Moreno in West Side Story

1962—Rita Moreno wins an Academy Award for her role as Anita in West Side Story.
She is one of few people to win an Oscar, Tony, Grammy, Emmy and the Presidential Medal of Freedom.

1963—The French Chef with Julia Child first airs on public television. The next year, Mastering the Art of French Cooking is published.

1964—more than forty neighbors witness the murder of Kitty Genovese in Queens and everyone ignores her cries for help.

1967—Katherine Switzer secretly enters and successfully completes the Boston Marathon. She entered with the initial “K” to get in.

1968—Slouching Toward Bethelem, a collection of essays by Joan Didion, is published.

This entry was posted on March 30, 2010, 14:44 and is filed under Women/ feminism. You can follow any responses to this entry through RSS 2.0. Both comments and pings are currently closed.