–unfortunately I can’t possibly hear every album released. I don’t hear about things. I don’t get access to many until the public does. publicists don’t send me as many albums in advance as I wish.

–here are the the albums this year that moved me, inspired me, made me think.

The Avett Brothers–The Magpie and the Dandelion [American] 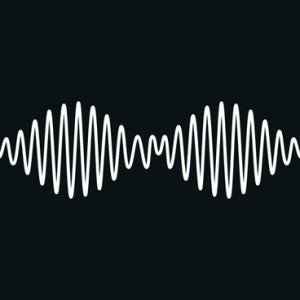 Chvrches–Bones of What You Believe [Virgin] 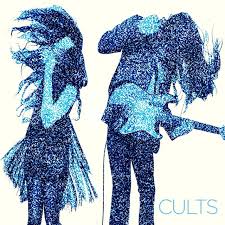 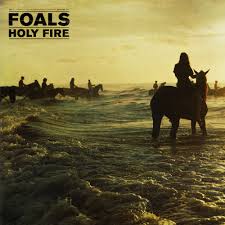 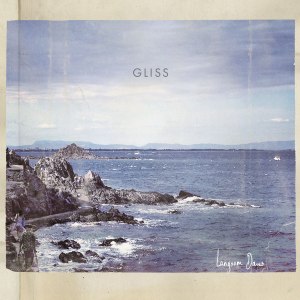 How to Destroy Angels–Welcome Oblivion [Columbia] 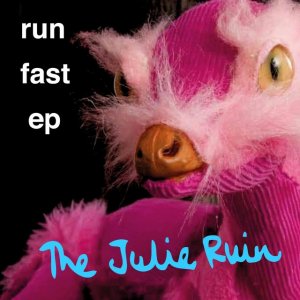 Laura Marling–Once I Was an Eagle [Ribbon Music] 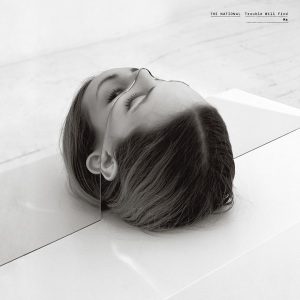 The National–Trouble Will Find Me [4AD] 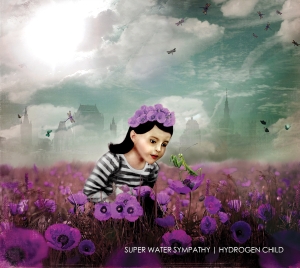 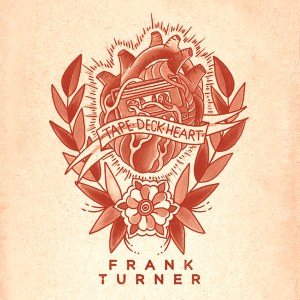 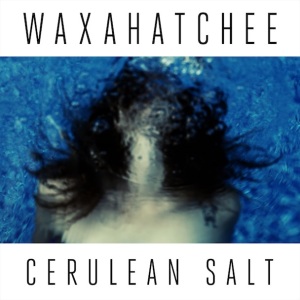 Posted by Amy Steele in Interview, Music on November 12, 2013 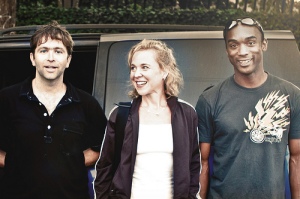 So many amazing things about Throwing Muses. The band formed in 1983 in Newport, RI, became trailblazers in the 90s indie rock scene and were the first American band signed to British label 4AD. Purgatory/ Paradise is the band’s first release in 10 years.

Although we’ve yet to meet in real life, I consider Kristin a friend. One day she and her astute son Bo will show me around NOLA. A few days ago she answered questions about Throwing Muses and the new album.

Amy Steele: You’ve said that being near water is very important to you. What is your connection to water? How does it affect you?

Kristin Hersh: Water is the only thing I can bury myself in, and shake off chemicals that aren’t serving my psychology or my songs. The ocean will brutalize you, soothe you, etc., teach you a goddamn lesson, in other words 😉

Just looking at it reduces you to your own speck-ness. Such a relief to be a speck…

Amy Steele: You wrote a memoir [RAT GIRL] about your mental illness. What is a good day for you and what is a bad day? How does being bipolar influence your writing and music?

Kristin Hersh: I found out this year in treatment for PTSD that I’m not actually bipolar, but dissociative. I had a hidden personality that wrote all my music and kept trauma from interfering with my life. I have no memory of having written any of my songs, and no memory of performing them, either, because that glassy-eyed stage presence I was known for was a part of me I knew nothing about.

It kept me from bad days, though I struggled with the effects of poison emotions and memories. I had a hangover for most of my adult life. You can’t escape trauma, as it turns out; all you can do is try to hide it.

Amy Steele: Can you believe that you’ve been in a band for 30 years? Who is Throwing Muses in 2013 vs. when the band formed in 1983? How has the band evolved?

Kristin Hersh: Throwing Muses is home to me, always has been. Just as comforting and exciting as “home” which is an intense peace, if that makes any sense. I adore my band-mates. Every minute in the studio and even on the freakin’ tour bus with them has been an honor. They’re funny, kind and their standards are beyond high; plus, they work harder than anyone I’ve ever known.

We’ve lived road-dirty, hungry, sleep-deprived, homesick, hungover and broke for years and I’ve never seen their attention waver. Obsession is a beautiful thing when music is the object of one’s affections.

Amy Steele: I recently compiled a list of what I deem essential female-fronted alternative rock bands of the 90s. Of course Throwing Muses make that list. It’s still so hard to be a women in the music business. Do you feel particular pressures as a women in the music biz and what’s different today than when you started out? What have you learned along the way?

Kristin Hersh: I’ve never considered myself a woman in the music business, because where music is concerned, I feel genderless. I certainly wouldn’t want to define my demographic as white females just because that’s what *I* am; that would make me a lousy songwriter.

I really can’t imagine *anyone* seeing me that way, as I’ve never portrayed myself as anything but the *person* behind a sound.

Amy Steele: Kristin, you have 30 songs on Purgatory/ Paradise! Are you constantly scribbling down song ideas and writing songs or do you put aside time to write songs?

Kristin Hersh: I have no memory of writing songs other than an industrial noise I hear at 4 a.m. when a song is coming. After that, all I ever know is that another song *is*.

We had 10 years between the Muses’ last release (other than an anthology) and Purgatory/Paradise, so I had about 75 songs I knew to be Throwing Muses songs. I knew this because they were written on either my Strat or my Telecaster. 50FootWave songs are written on my SG’s or my Les Paul and solo songs are written on my Collings. I only recorded 50 of those 75, then we edited the record down to the 32 that served this piece the way sentences serve a paragraph.

Amy Steele: What are some things that make you truly happy?

Kristin Hersh: My sons are bewitching angels and not because I know how to make bewitching angels. I just lucked out. The problem with loving children, however, is the terror that comes with the caregiver role. Their pain is something I can’t bear and something they can’t avoid. That delicate balance of love and terror is in my relationship to the songs as well, and as close as I get to truly happy.

Thank you for doing this, Amy. I hope you get truly happy soon.

Purgatory/ Paradise is the band’s first release in a decade. It’s available via traditional digital services directly from the Throwing Muses website, and will be released as an art book with CD insert on December 3 by Harper Collins’ It Books imprint in the US. The Purgatory/Paradise book, designed by drummer Dave Narcizo, features lyrics, photographs and writing by singer/guitarist Kristin Hersh. There’s downloadable content featuring commentary, instrumentals, and the album plus art in multiple digital formats.

if you enjoy my interviews, please consider making a contribution so I can keep going. Every dollar appreciated. Make a Donation button at right side of website.

This is my favorite song on Purgatory/Paradise: 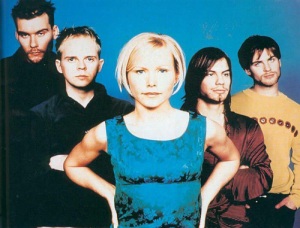 The Cardigans
From: Sweden
Formed: 1992
The album: First Band on the Moon (1996)
The single: “Lovefool”
website

Echobelly
From: Manchester, England
Formed: 1993
The album: Lustra (1997)
The single: “The World is Flat”
website 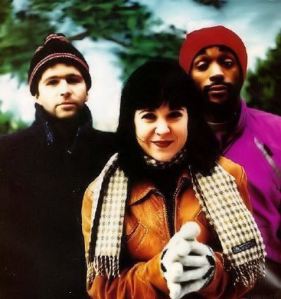 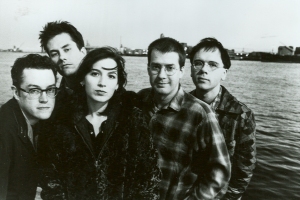 INTERVIEW with singer/songwriter Kristin Hersh on RATGIRL: a memoir

Rock stars operate on their own time schedule. I once waited to interview Vanilla Ice until 2 a.m. at a Worcester venue. Why? I have no idea. It wasn’t worth the wait. So I was pleasantly surprised when singer/songwriter Kristin Hersh emailed me with answers to questions I sent her way four months ago. No worries. It’s worth the wait. Hersh wrote a memoir, RAT GIRL, about having bipolar disorder. Kristin is lead singer and guitarist for alternative rock band Throwing Muses and the hardcore punk-influenced power trio 50 Foot Wave.

Amy Steele: I’ve never heard the label rat girl for bipolar. When did you first learn of the term and what do you think about it?

Kristin Hersh: I’m pretty sure I made it up. And *before* I knew I was bipolar. I just figured there was a sub-species of human that wore wretchedness on their sleeves.

Kristin Hersh: This was the year where the major themes of my life were put into place. It was interesting to me that real lives have so much foreshadowing, so many story arcs intertwining, but I was most attracted to the idea that no journey was completed that year, none really even embarked on, just begun. It’s a book about beginnings.

Amy Steele: What is your best memory of that time?

Amy Steele: What is your worst memory of that time?

Kristin Hersh: I don’t like the psychotic section in the middle of the book, for obvious reasons. Every draft, I was tempted to just skip that part.

Amy Steele: How does being bipolar affect creating music & performing and how does music affect being bipolar? [I have depression and I know that a lot of other writers are and were depressed or bipolar but I don’t have others counting on me as you did/do]

Kristin Hersh: Personally, I think it gets in the way. I know a lot of people disagree with me on that point, but I tend to believe that both mania and depression color my material unnecessarily and inappropriately. I prefer to work when I’m balanced and seeing clearly, though I do admit that bipolar gives one an expanded emotional vocabulary which could help a song’s authenticity.

Amy Steele: Was seeing music the first time you thought something might be wrong?

Kristin Hersh: Hearing music was the first time I thought something might be wrong. And it took me a hell of along time to figure out that my excessive energy was a disease.

Amy Steele: I like the principle for starting Throwing Muses—“people should be able to touch one another and feel each other’s pain.” Can you explain that a bit more?

Kristin Hersh: Music happens between musicians and listeners. Therefore, it’s a collaboration and in order to collaborate successfully with another, you must respect and care for them. We send sound out to them and they send energy back to us: a cycle of impact and resonance.

Amy Steele: What do you hope readers will take away from your memoir?

Kristin Hersh: I hope the moral, if there is one, is that kindness is more congruent than self-involvement.

Amy Steele: What does this statement you made mean to you: “The songs’re keeping me alive so they can be alive?”

Kristin Hersh: I felt that the songs were parasites unwilling to kill their host.

Amy Steele: When you hit bottom you described how you didn’t feel like you belonged or weren’t good enough. Was that a constant feeling and was there anything you could do to alleviate it?

Kristin Hersh: Shame was the only feeling I had left at that point. I wasn’t even sure who was *feeling* the shame, as I had very little functioning personality.

Amy Steele: How did it feel to get the bipolar diagnosis?

Kristin Hersh: At the time, I felt nothing because I was numb. They told me that post-mania, I was on my way to a depression and that’s what the numbing was.

Amy Steele: Once on meds, how did your creativity change?

Kristin Hersh: My songs didn’t change, but I no longer felt compelled to play them.

Amy Steele: Who or what helped you most?

Kristin Hersh: My pregnancy, the psychiatrist who helped me off of meds for the duration of the pregnancy, Betty, my bandmates, our producer, the president of our label and the music itself.