in support of the band’s ninth album, 11 Short Stories Of Pain & Glory,  Dropkick Murphys  kick off its tour tonight in Bethlehem, Penn. before finally shipping up to Boston to play a series of hometown dates.

Celtic-American punk band Dropkick Murphys have become ambassadors for Boston. Since forming in 1996, the band has sold  4 million albums worldwide with 2005’s The Warrior’s Code achieving an RIAA Gold certification and the single “I’m Shipping Up To Boston” nearing double platinum and appearing during a key moment of Martin Scorsese’s Academy Award-winning The Departed. Most recently, 2013’s Signed And Sealed In Blood netted their second consecutive Top 10 debut on the Billboard Top 200, and debuted at number 6 in Germany. They updated the Boston Red Sox anthem “Tessie” in 2004. The band created The Claddagh Fund in 2009 to help support addiction recovery as well as children’s and veterans’ organizations.

On the new album, the song “4-15-13” pays homage to the victims of the Boston Marathon Bombing. “Since that day, we felt like not taking the challenge to write a song about what we all went through would be taking the coward’s way out,” bassist Ken Casey reflects. “We put more importance on writing that piece of music than anything we’ve ever done, because if you’re going to touch that day, it has to be done right. We went through so many emotions with that whole experience, as did everyone in Boston. It changed the city forever.” The song “Rebels With A Cause” was written about kids who are given up on, and left behind by a system that has written them off as hopeless. “Paying My Way” is about the way up and out of addiction and the dream of bigger and better things in life.

* w/ Blood or Whiskey
+ w/ The Interrupters
Note: Following the March 18 Agganis Arena show, the band’s official after party at House Of Blues on Lansdowne Street will feature the St. Patrick’s Clash II Pro Boxing with local hero, U.S. Marine Afghan Veteran and undefeated Light Middleweight Mark “Bazooka” DeLuca (16-0, 10KOs), as well as top local talent and some of Ireland’s best fighters. Proceeds from the after party will benefit The Claddagh Fund charities.

Retro Futura Tour with Howard Jones, Tom Bailey, Katrina and the Waves and Midge Ure, Wilbur Theatre– August 24
–nostalgic fun that took me back to high school. I remembered the songs even though I’d not heard them in years. Did not love this venue. 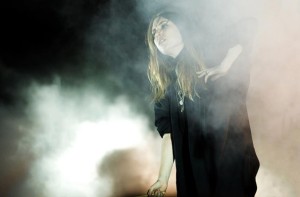 WMBR Anniversary Show #9 with Orangutang at Middle East– October 4
–saw numerous Orangutang shows in the 90s and these guys are supremely talented and the set was perfection. 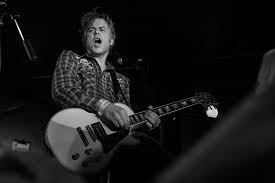 The Paperhead at Middle East– October 27
–what a cool band with a laid-back retro vibe. wonderful set.

In the women’s room after the show, a teary and slightly inebriated women told me that she was at the show with her daughter and had sung her “Tom’s Diner” as “sort of a lullaby” and that her daughter was excited to hear Suzanne Vega perform the song. This rather summed up last night’s show—- lots of nostalgia for mostly middle-aged white people. A first for me in my 25-years of music criticism: I spied a gray-haired couple pressed up against the stage during opener Ari Hest’s set [a prolific singer/songwriter from Brooklyn—be sure to catch him] obviously staking their spot for Vega. 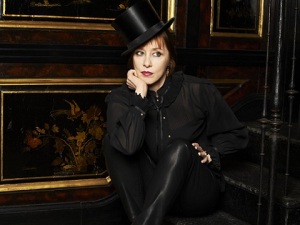 Only a bit more than half-capacity on a cold and rainy Wednesday night, Vega immediately connected with the crowd by explaining songs, chit-chatting and performing old favorites like a soft and staccato laced “Marlene on the Wall”, a calypso-y “Caramel,” the languid, lovely “The Queen and the Soldier” and up-tempo dizzier “Don’t Uncork What You Can’t Contain” [She said after that many found the song confusing and “I really like it and I like singing it.”] along with newer songs from her latest album Tales from the Realm of the Queen of Pentacles such as “Fool’s Complaint,” which she said “sounds really long and complicated but it’s really not, this song is short and we’re just going to sing it.” Other new songs she played included “Crack in the Wall” and “Jacob and the Angel” and the brilliant “I Never Wear White.”

Dressed in a black blazer, black tank, black jeans and long black and white print scarf and accompanied solely by Gerry Leonard on guitar. A simple set-up. Sometimes she also played guitar and sometimes she just sang. Her arrangements and presentation propel her live performance. Despite the annoying call-outs for her to sing “Luka,” Vega maintained her spirits throughout her set. She finished with a slowed down “Left of Center,” a cool version of “Blood Makes Noise,” the new song “I Never Wear White,” and the song that everyone seemed to be waiting for, “Luka.” She then returned for a three song encore. Total playing time: one hour and a half. Suzanne Vega is truly a sweet, talented musician. 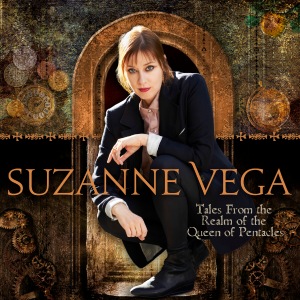 purchase at Amazon: Tales from the Realm of the Queen of Pentacles

Mount Kimbie got the crowd dancing, jumping and bopping about at The Sinclair on Monday night. The sweet, low-key London electronica duo played a 50 minute set using a bevy of instruments along with music sequencers, samplers and synthesizers. Kai Campos and Dominic Maker in addition to tour drummer Tony Kus are currently on tour to support their second album Cold Spring Fault Less Youth [Warp Records]. While there’s not a lot of crowd interaction a gentle bliss washes over you. For this post-dubstep, ambient aural experience it’s a bonus to be among other fans and music lovers to fully appreciate it.