Overlooked Films on DVD: Soldier’s Girl and The Painted Veil 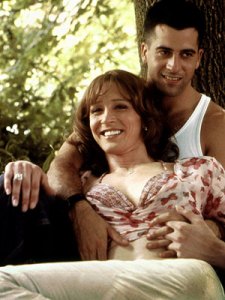 Unforgettable, disturbing yet beautiful love story that is based on true events. Pvtfc Barry Winchell (Troy Garity) dates and falls in love with pre-operative transsexual Calpernia Addams (Lee Pace) to the distain of his homophobic platoon. The story is about unconditional love. Winchell loved Calpernia as she was; it was simple and honest. I don’t even know if he was gay, as it was portrayed in the film (or he was shown to be very confused over his attraction to Calpernia). That proves irrelevant as he fell in love with Calpernia as a person not a transsexual. Winchell was nominated Soldier of the Month but never received his award. It’s terribly sad that such hate crimes persist. This only happened in 1999 and little has changed. In the end, homophobia, fear and hatred show their ugliness and prove the intolerance of the military as well as others for the personal lives of people.

British doctor Walter Fane [Edward Norton] discovers his unsatisfied, bratty wife’s affair and drags her to an isolated Chinese village to tackle a Cholera outbreak. Disheartened and world-weary Kitty [Naomi Watts] ends up discovering that she’s more than a pretty face. The film also serves as a case study in epidemiology as Fane battles Chinese customs and various infidels [“I didn’t come here with a gun, you know. I came here with a microscope.”] to eradicate the disease. Watts always impresses with desperate and heartbroken characters. She and Norton produced the film and her real-life boyfriend Liev Schrieber plays her arrogant lover. The beautiful setting balances W. Somerset Maugham’s tragic love story.