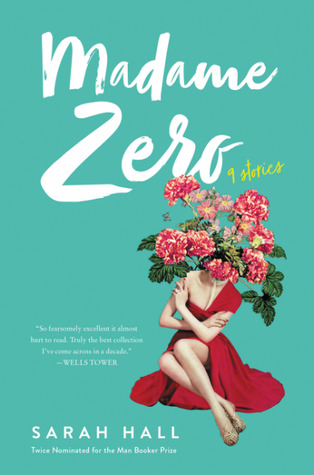 In this brilliant collection of dark and strange stories, author Sarah Hall deftly examines relationships, sexuality, existence, nature. She dips into different characters and POVs with exquisite writing throughout, making for a compelling and rewarding read. Leaning into middle age, I’m immersed in existentialism and appreciated the subject matter as well as Hall’s bold, often disturbing and unique writing style.  It’s easy to become engulfed in each story. I prefer to read a short story and let it settle a bit before delving into another. These stories seethe into your mind and you need time to fully absorb the details.

A woman transforms into a fox and her husband attempts to sustain a relationship with her in “Mrs. Fox.” At first he brings her home and tries to co-exist but the fox yearns for freedom. He resigns himself to this new reality. Later, he runs into her out in the woods and they develop a comfortable, respectable bond of sorts. Hall writes: “To be comfortable inside one’s sadness is not valueless. This too will pass. All things tend towards transience, mutability. It is in such mindful moments, when everything is both held and released, that revelation comes.”

In “Wilderness,” a woman on a dangerous, challenging hike with her boyfriend and one of her boyfriend’s friends [ “Zachary’s prevailing mood was melancholia bordering on despair.”] contemplates her mortality. Hall writes: “The railway tunnel had a strange industrial eeriness, a primed feeling, like its memory of trains hadn’t faded or it was convinced trains were still coming. The clinker ground underfoot like old bones.”

An epidemiologist examines guilt during a deadly viral outbreak in “One in Four:” “The truth is, we’re all so desperate to carry on, but we’re nothing really, just specs on the glass.”

In “Evie,” a woman’s sexually charged behavior turns alarming for her husband. And Hall really delves in. She GOES THERE: “The man on the screen pulled out of the woman. She presented herself, wider. Her genitals were depilated, the flesh dark purple. The man knelt, put his face between her legs and began to tongue the crease. Evie rolled on her back, held her head up so she could still see the screen.”

FTC Disclosure: I received this book for review from Custom House.