Women in Music this Weekend

Posted by Amy Steele in Music, Women/ feminism on September 12, 2013 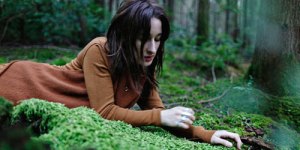 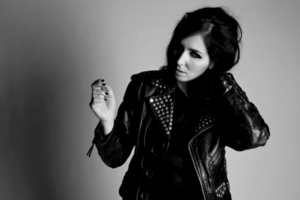 The Northampton, Mass. trio of brother and sister Matt Lorenz and Kate Lorenz and Zak Torjano call their music roots-rock or junk-folk which perfectly describes the eccentric sound mélange you’ll hear. These artists put their spirits into every note and lyric. Not a lot of whistles and bells. There’s more of a simple approach to the music but it’s not simplistic by any means. It’s a rock n’ roll band or a folk band whichever way you want to look at it. Mainly because there are guitars and percussion and no synthesizers. Sometimes gentle and sweet as on the plucky “I’m Alive.” Kate sings gorgeous and haunting lead vocals on “Sad Little Boys” with a sparse acoustic folk-twang accompaniment that reminds me of a Cowboy Junkies song. Matt and Kate alternate lead vocals, completely appealing and providing greater range. It’s impossible not to be entranced by the thoughtful, peaceful and rhythmic “Words that Fit” while “Change My Heart” will get you grooving. “The Waves” and “The Light in the Tunnel” are stand-outs that mix an old-timey feel with enough modernity to twist the songs to suit the band. Common Courtesy is Rusty Belle’s sixth full-length album, recorded in just one week and released today, September 10, 2013. The band’s on tour now to support it.

September 21 – The Blue and The Grey in Gettysburg, PA