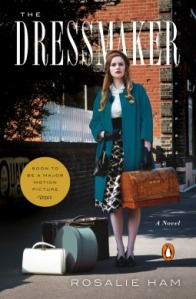 “The stranger went back to her room to smoke her cigarettes. She wondered how Paris had found its way to the dilapidated confines and neglected torsos of banal housewives in a rural provence.”

It’s quite possible that I still would have read The Dressmaker by Rosalie Ham at some point. However, knowing that Kate Winslet would star in the feature film based on the novel piqued my interest. That’s good and bad. Kate Winslet happens to be one of, if not my all-time favorite actress and not for Titanic. I’ll see anything that she stars in. She’s such an immense talent. Here’s the thing with The Dressmaker: I can’t picture Kate Winslet and Liam Hemsworth together in the lead roles, not only because she’s 15 years older than him and they’re supposed to be close in age [which frequently happens in Hollywood].

After studying dressmaking and fashion design in couture houses throughout Paris, Myrtle “Tilly” Dunnage returns to the small Australian town in which she grew up. Not only did Tilly grow up in Dungatar but she faced much harassment and was basically banished as a child following a false murder accusation. The townspeople find themselves titillated by Tilly’s sewing talents—she can reproduce anything from a fashion magazine and makes lovely outfits to suit any figure—and wary due to her reputation around town.

“Sergeant Farrat said love was as strong as hate and that as much as they themselves could hate someone, they could also love an outcast. Teddy was an outcast until he proved himself an asset and he’d loved an outcast—little Myrtle Dunnage. He loved her so much he asked her to marry him.”

While her fashion business blooms, Tilly finds friendship with cross-dressing police sergeant Farrat and love with Teddy, yet she mostly desires revenge. Tilly proves to be an intriguing character. She’s independent, outspoken and strong despite her past. Her dressmaking and style superb. Is it just provincial pettiness that drove Tilly away and envy that keeps fueling the battle? Ham’s descriptions of the townspeople and fashion burst from the pages and this is a fun, quick summer/weekend read.

FTC Disclosure: I received this book for review from Penguin Books.

purchase at Amazon: The Dressmaker: A Novel 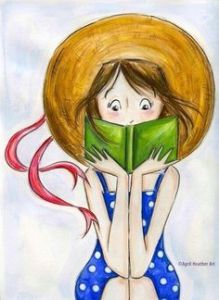