Orange is the New Black by Piper Kerman [Spiegel & Grau]
–at turns daunting, authentic, provocative and spellbinding. The best part is that it’s about women from all different backgrounds bonding to endure a miserable situation.

WAR by Sebastian Junger [Twelve]
–Junger brings much needed attention to this ongoing war on terrorism. So little is written about Afghanistan in the press yet it’s a fierce, exhaustive war. Junger also includes and honest assessment about the war in Afghanistan and the attitudes of the troops.

The Immortal Life of Henrietta Lacks by Rebecca Skloot [Crown]

It Could Be Worse, You Could Be Me by Ariel Leve [Harper Perennial]
–Leve is a major pessimist, sets low standards to avoid disappointment, would rather stay in bed than get dressed and made up to go to a party that *might* not be worth her time. She expresses in print what most of us think. She’s observant, sharply critical and savvy. Leve’s irreverent voice and bittersweet outlook mingle in an erudite, esoteric manner.

Half A Life by Darin Strauss [McSweeney’s]
–At 18, Strauss hit a girl while driving and she died. He examines his feelings related to the girl who died as well as the accident and its aftermath. Strauss writes honestly, exquisitely and provides a thorough examination of this profoundly personal experience. Half A Life is a provocative, intense read. 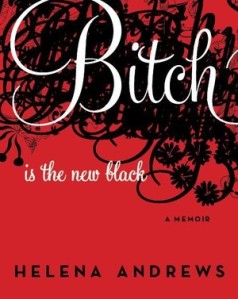 Bitch is the New Black by Helena Andrews [Harper]
–another stand-out memoir by a strong, opinionated, independent woman who has achieved monumental professional success but by society’s standards hasn’t yet hit her stride on the personal front.

FURY by Karen Zailckas [Viking Adult]
–After spending many years binge drinking and writing about it in the best-seller Smashed, Zailckas wanted to examine women’s relationship to anger. In doing so, she realized she had a lot of her own.

A Ticket to the Circusby Norris Church Mailer [Random House]

The Match by Susan Whitman Helfgot [Simon & Schuster]
–Reinforcing the importance of organ donation through the story of two men who never meet but whose lives intersect in a remarkable manner, The Match is a vastly informative and engulfing read. 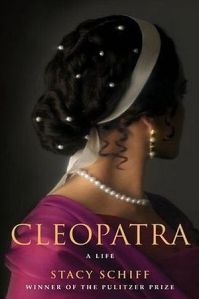 The more Deborah struggled to understand her mother’s cells, the more HeLa research terrified her. When she saw a Newsweek article called PEOPLE-PLANTS that said scientists had crossed Henrietta Lacks’s cells with tobacco cells, Deborah thought they’d created a human-plant monster that was half her mother, half tobacco. When she found out scientists had been using HeLa cells to study viruses like AIDS and Ebola, Deborah imagined her mother eternally suffering the symptoms of each disease: bone-crushing pain, bleeding eyes, suffocation. And she was horrified by reports of a “psychic healer” who, while conducting research into whether spiritual healing could cure cancer, attempted to kill HeLa cells by a laying on of hands.

In this fascinating and engrossing book, science writer Rebecca Skloot researches the life and family of Henrietta Lacks, the woman whose cancerous cervical cells became HeLa cells. These cells have been used worldwide for a bevy of medical research and medical advances. HeLa cells are unique and special because they easily divide and multiply allowing their immortality. The contribution of HeLa cells to science is profound and astounding. The sad part is that no one knew that Henrietta’s cells held such importance, particularly her family and her only daughter, Deborah. Skloot set out to change all that by writing The Immortal Life of Henrietta Lacks. The resulting biography is a page-turner about one unsuspecting woman, her family, and the impact that HeLa cells have had throughout the world.

Her cells were part of research into the genes that cause cancer and those that suppress it; they helped develop drugs for treating herpes, leukemia, influenza, hemophilia, and Parkinson’s Disease; and they’ve been used to study lactose digestion, sexually transmitted diseases, appendicitis, human longevity, mosquito mating, and the negative cellular effects of working in sewers. Their chromosomes and proteins have been studied with such detail and precision that scientists know their every quirk. Like guinea pigs and mice, Henrietta’s cells have become the standard laboratory workhorse.

Throughout The Immortal Life of Henrietta Lacks, Skloot takes us along on her journey which turns out to be as much a personal journey as a scientific quest. She becomes friends with the Lacks family and particularly close to Deborah. It all begins where Henrietta died: Johns Hopkins Hospital. George Gey, head of tissue culture research, and his wife Margaret had spent three decades attempting to grow malignant cells outside the body in order to use them for cancer research. With Henrietta’s cells, the Geys had found HeLa, the first immortal human cells [the cells would continuously divide from one tissue sample and keep replenishing themselves].

Some facts I learned in this book:

HeLa cells would weight an estimated 50 million metric tons if all cells ever grown were placed on a scale [one cell weighs almost nothing].

The Pap smear has the potential to decrease the death rate from cervical cancer by 70% or more.

In 1973, a very wealthy Johns Hopkins donated $7 million to establish a medical school and charity hospital. The purpose of the Hopkins Hospital was to help anyone who couldn’t get adequate medical care. Hopkins was born on a tobacco plantation and his father freed his slaves 60 years before the Emancipation.

Black corpses were exhumed from graves in the 1900s for the purpose of autopsies and research.

Johns Hopkins Hospital and George Gey did not receive any compensation for HeLa cells.

In 1984, Harald zur Hausen, a German virologist, discovered a new strain of a sexually transmitted virus called Human Papilloma Virus 18 [HPV-18], a particularly virulent strain. When he requested a sample of Henrietta’s biopsy, he found that she had been infected with multiple copies of HPV-18.