Bhutto [2010]
–riveting, inspirational and moving documentary of the recently assassinated Benazir Bhutto who fought for democracy in Pakistan.

What I Want My Words to Do to You [2003]
–A look at playwright Eve Ensler’s writing workshop inside Bedford Hills Correctional Facility for Women. intense. emotional.

Shut up and Sing [2006]
–the aftermath for the Dixie Chicks after Natalie Maines’ anti-George W. Bush statement at a 2003 concert.

Pussy Riot: A Punk Prayer [2013]
–the story of the trial of the three Russian feminist punk singers/ performance artists on trial for a satirical performance in a Moscow cathedral. 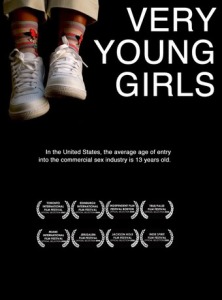 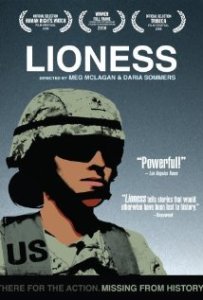 Lioness [2008]
–The untold story of the first women in U.S. history to be sent into direct ground combat. 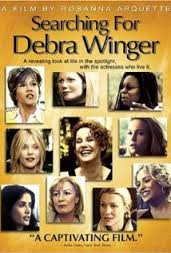 Searching for Debra Winger [2002]
–Rosanna Arquette directs this honest and important film about Hollywood sexism and ageism and why there aren’t very many good roles for women over the age of 35.

The Punk Singer [2013]
–look at the life of activist, musician, and cultural icon Kathleen Hanna, who formed the punk band Bikini Kill and pioneered the “riot grrrl” movement of the 1990s.

Ballerina [2006]
–follows dancers at all levels of their careers through practice and performances.

Ballerina, Bhutto, Lioness, Pussy Riot: a Punk Prayer, Searching for Debra Winger, Shut up and Sing, The Business of Being Born, The Punk Singer, Venus and Serena, Very Young Girls, What I Want My Words to Do To You