The designers have a $9000 budget to make collections for New York Fashion Week in a five week period. They travel with Tim Gunn to Rome for inspiration.

“I believe in you so much and in your voice and I think in the finale we’re going to hear an orchestra from you.” Tim to Charketa when she asked why he used his save on her.

Sean is completely “blank” and has “no idea where he’s going.” He said he has a lot of costs to set up when he gets home. He doesn’t have a studio to work in.

Tim takes them to a fabric store in Rome. Sean and Kini don’t buy anything. Amanda wants to take fabric home. So she buys an expensive brown fabric. Charketa buys a pretty print.

Lots of black and white.

“In Rome, there’s smaller of everything. You can do a lot with a little. I wanted to apply that to my designs.” –Charketa

Chose Detroit river front to meet Tim because it’s symbolic of Detroit and about a comeback.

“color I definitely went with color,” she gushes. Spent 1000 dollars on fabric in Rome.

Amanda doesn’t have anything completed yet.

Tim: “I have a positive response but you don’t want to have too much going on. You need to rake out all that extra stuff.”

“This time around I think my chances are as good as everyone else’s.” –Amanda

Inspiration: Story from Rome is the betrayal of Caesar.

Sean: “My biggest fear is that they’ll say they’ve seen it.”

Tim: “You really have two collections here. There’s such a strong spirit of innovation with the fringe.”

The designers reconvene in New York.

Kini: “we’re a cool bunch and we’re going to have fun the rest of the time we’re here. But it’s still a competition.”

Charketa: “I feel like mine is very much outside the box.”

Kini: “I don’t feel like Char is on the same level as me. I think she has a lot to learn.” 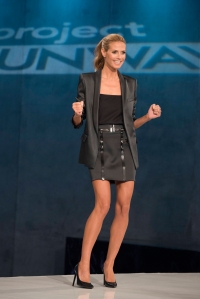 The designers preview three pieces of their final collection.

“We really enjoyed watching the show.” –Heidi Klum
“I’m really proud of all of you. What a journey.” –Zac Posen

“It feels fresh and modern and young.” –Heidi Klum
“This is exciting. You took something signature like fringe and made it into a separate with a crisp white shirt. I wouldn’t change the styling. I think this is very good work.” –Zac Posen
“I do worry. Is your entire collection fringe?” –Nina Garcia 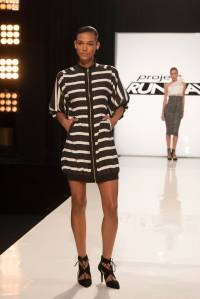 “I do like the looks. I just don’t see how they all tie in. It’s not very cohesive for me.” –Heidi Klum
“[You have] great attitude and great personal style. I want to see more of that.” –Nina Garcia
“You’re a little bit eccentric. Take them to that place.” –Zac Posen 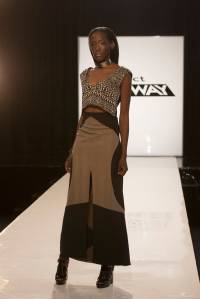 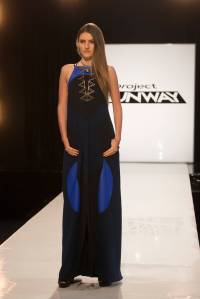 “Do you have more of this jewelry? Put it on. It’s exceptional.” –Zac Posen
“I love that your clothes have an ease to them. I see a lot of girls wanting to have these clothes.” –Heidi Klum
“Get out of the it’s long, it’s bohemian. I think you’re ready to elevate your clothes to another level.” –Nina Garcia 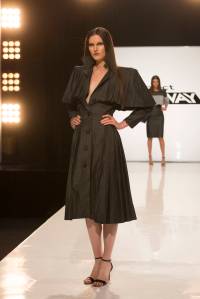 “Right now to me this looks very old lady. I think you’re much better than this.” –Heidi Klum “I think you have to re-style this. I think you have to step away and think how I am going ot make this more modern.”
“To me the coat needs to go. As much as I see the technical prowess of it.” –Zac Posen
“There is no sex appeal going on here.” –Nina Garcia
“She’s not cool, she’s not sexy and she’s not edgy.” –Zac Posen 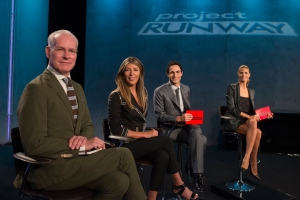