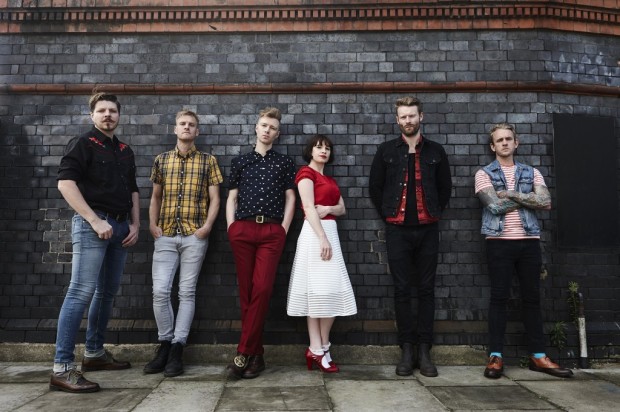 Need a distraction before Election Day? Go see Skinny Lister at Middle East Downstairs. Skinny Lister is a six piece British folk band based in London. Formed in 2009, the band puts on a spectacular live show with its upbeat contemplative songs [combo of originals and traditional Irish songs] and solid audience connection. It’s clear that this band loves touring and performing. Skinny Lister recently released its third album The Devil, The Heart & The Fight [Xtra Mile Recordings] on 30th September 2016. the band released Forge & Flagon in 2012 and Down on Deptford Broadway in 2014.