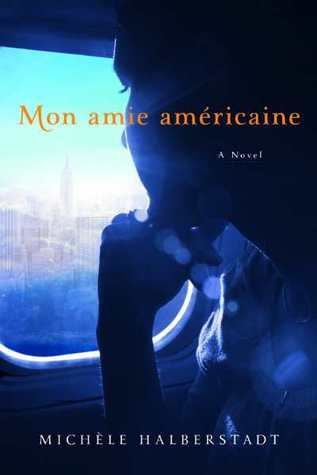 This is the story about a friendship between two women who work in the film industry—one a Manhattanite named Molly and the other a Parisian named Michele. Molly suffers a brain aneurysm which puts her into a month-long coma. Michele would rather not think of Molly in a coma at all. Not think of her with a serious health concern. The entire novel unfolds as one long confession in which Michele expresses her fears, regrets, selfishness and blame toward Molly. She writes: “I’d rather think you’re away on some assignment, out covering a story; and that you can’t wait to tell me what you’ve found out as soon as you get back.” Denial. Of Molly’s smoking (maybe the cause of the aneurysm): “You should to say you’d stop smoking when you found a man to give you children, since a pregnancy was, you’d maintain, the only way to make yourself give up your three packs a day. You didn’t know that illness was another way to achieve abstinence.” Guilting Molly. I thought the French smoked all the time. Of course as with anything there are exceptions.

Apparently Michele was that healthy woman lacking any bad habits. The perfect European. Is Michele going through the stages of grief for a lost friend although Molly isn’t dead? Perhaps. Michele considers their friendship in its past imperfect perfection, as it stands in the present and as she pictures it would or would not be in the future. It’s an easy read but definitely doesn’t depict Americans kindly. Here’s how she describes Molly: “You, the city rat who’ll startle at the slightest noise, get hysterical when an insect comes near; you, climbing onto a chair the moment you see a mouse. You, scared of the dark, heights, flying, bridges and elevators. Shunning exercise, jogging, sports, the slightest physical exertion. You, the American who gobbles vitamins, never eating right, the confirmed frozen-food user, eating yogurt a month after the expiration date, worshipping the sun to an outrageous extent, forgetting whether you’ve had a tetanus shot, sucking down aspirin like it’s mint candy, abusing cheesecake and chocolate milkshakes. You, doping yourself with one cappuccino or Diet Coke after another.” Not super positive. She sounds like a junk-food craved, sedentary southern suburbanite not a Manhattan executive who travels the world on business.

What attracted the two to each other in the first place? Why did they become such close friends? Sure they both worked in the same industry, likely composed of mostly men. Women would form bonds and if there were enough commonalities a bond would grow. One of Molly’s friends asks Michele why the two are even friends and Michele writes a long list in response. She includes that Molly makes her laugh; brings her souvenirs; knows how to give unbelievable presents; loves soul music, hot water bottles and earrings; she can fix Michele’s telephone and computer; she can put on nail polish in the back of a moving car without issue. Also: “Because you never wear eye makeup but do put on lipstick, and I do the opposite.” And “Because your French is nonexistent, and I love to speak to you in English.” So this sounds sort of one-sided. Does not sound like a solid basis for friendship. It’s a rather symbiotic relationship it seems: each takes from it what she needs. Isn’t that often how one can boil down friendship? When visiting Molly in the ICU, Michele writes: “I’ve found you again, incredibly fragile and battered, but still near and still so familiar. I’ve missed you so much.”

For Michele, Molly may never be that “fun” American friend again: “You look a little like a rag doll. All of your movements occur in slow motion. But I see no spark in your eyes. Only the weight of an indescribable fatigue.” Michele, your friend went through an extremely traumatic life-threatening experience and she survived. This is your friend. You adapt to the changes or you move on and readers likely can guess your decision. As Molly begins to recover many of her American friends stop spending time with her as they find her demanding and perhaps too in need of assistance. Michele herself cannot handle this fractured Molly. She states: “With all my strength I’ve wanted our friendship to remain intact. I’ve got to face facts: that’s far from being the case. I lack courage. There have been times when I’ve been in New York and haven’t told you.”