Though I rarely have a valentine on Valentine’s Day and am not a particular fan of the holiday, I’m hopeful to find LOVE someday. Here are some of my favorite love stories on film. 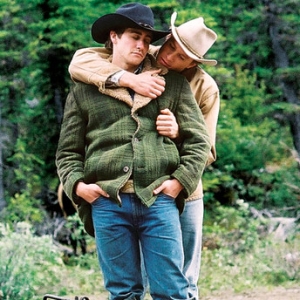 Brokeback Mountain
“I can’t quit you.” That just says it all. Jake Gyllenhaal and the late Heath Ledger show what unconditional love is all about.

Love & Sex
Kate [Famke Janssen] is a magazine writer given the assignment to write about love and sex: a guide for single women. She hasn’t dated since she broke up with Adam [Jon Favreau]. In writing the article she recalls past romances and Adam keeps coming back. It’s hysterical and Janssen and Favreau are great together. 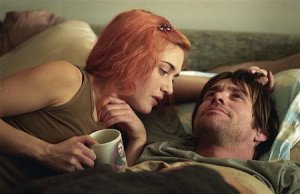 Eternal Sunshine of the Spotless Mind
When a romance goes awry, would you want to erase all memories of it and that person you loved? That is the unique concept behind writer Charlie Kaufman’s script. Under the astute direction of Michel Gondry, Eternal Sunshine of the Spotless Mind, starring Kate Winslet and Jim Carrey, ranks as one of my favorite films. It is a fabulous and romantic film. It’s amazing and thoughtful and the performances are brilliant all around [Kirsten Dunst, Mark Ruffalo and Elijah Wood].

The Apartment
Love Shirley MacLaine and Jack Lemmon together here. Such a romantic classic and it won Best Picture in 1960. Fran [MacLaine] is an elevator operator in CC. “Bud” [Lemmon] Baxter’s office building. She keeps having affairs with married men. Bud falls for Fran and wants to protect her at all costs.
“That’s the way it crumbles . . . cookie-wise.”

Roman Holiday
Gregory Peck and Audrey Hepburn together. I need not say much more. Audrey won an Oscar for her performance as a rebellious princess who sets off to explore Rome on her own. She meets an American newspaper reporter who wants a real scoop. He pretends he doesn’t know who she is to get the story but then they fall in love. Oh so romantic!

Love and Basketball
Friends since they were children, both Monica [Sanaa Lathan] and Quincy [Omar Epps] are ace basketball players. Both make very different decisions about their relationship, the sport and their academic careers. It’s a fantastic sports film and feminist love story [written and directed by Gina Prince-Bythewood].
.

Kate & Leopold
Meg Ryan and Hugh Jackman make time travel so appealing. Do you ever wonder if you were born at the wrong time or in the wrong place? I’ve thought about it. This is a fun and sweet film.

Pride & Prejudice
Keira Knightley stars as Lizzie Bennet in this Jane Austen classic. This is probably my favorite adaptation [excluding the miniseries with Jennifer Ehle and Colin Firth]. 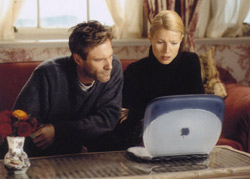 Possession
Two literary scholars are studying Victorian poets who had an affair. This brings together Maud [Gwyneth Paltrow] and Roland [Aaron Eckhart] as they attempt to uncover the mystery of the Victorian affair. Based on the wonderful novel by A.S. Byatt. 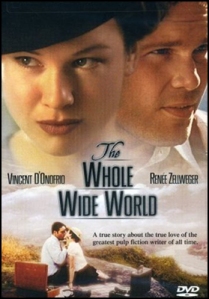 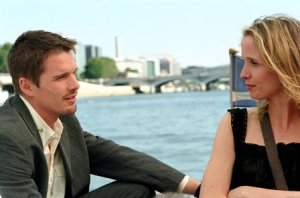 Before Sunrise/ Before Sunset
It’s imperative that you do a double feature of these Richard Linklater romantic films starring Ethan Hawke and Julie Delpy.

Once
A brokenhearted street musician [Glen Hansard] meets a keyboardist [Marketa Irglova] and for a week they make music together and fall in love. The soundtrack is spectacular too.