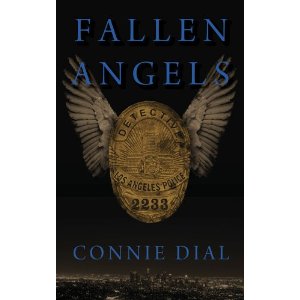 “By the time she wrapped up business at Avanti’s, it was too late to make the last couple of clubs. Josie was grateful. She was tired and out of condition for the grind of real police work. There was a time when she could stay up all night booking suspects, change her clothes and go to court the next morning. She still could if she didn’t have to run the whole damn division, but that was another life.”

I thoroughly enjoyed and more importantly appreciated the first two mysteries [Internal Affairs and The Broken Blue Line] written by Connie Dial. As with past novels, Connie Dial exposes corrupt police officers, shady dealings and poor police work. Her vast experience in narcotics, undercover surveillance and Internal Affairs surveillance glows through the pages. It makes the novel much stronger, deeper. Dial knows L.A. and police work rather intimately and it shows throughout this mystery. As soon as I got confused along came a sentence or paragraph to bring things back into focus.

“It was unheard of in the LAPD’s modern era for an area captain to be involved hands-on in a homicide investigation. She knew that but it didn’t matter. At the moment, Behan was the only subordinate except Marge she completely trusted.”

The case is that of a young starlet found dead in a notorious party house in the Hollywood hills. As detectives begin to work the case connections to the department grow increasingly questionable and compelling. Off-duty officers working closely with the deceased? Drugs, shattered dreams and gritty Los Angeles street life seamlessly mingle.

Dial focuses on a woman as main character, Captain Josie Corsino. Extremely disciplined despite disorder in her personal life, Josie puts all her effort and time into her work. Josie’s son is a not-so-far-successful musician and her husband, a former prosecutor, left to pursue private practice and personal space from their marriage. Many television shows revolve around the concept of accomplished professional women with disastrous personal lives [Ally McBeal, Damages]. Not new but should continue to be addressed, analyzed, discussed and written about. Interestingly Josie doesn’t know who major celebrities are/ doesn’t watch films yet she’s the police captain in Hollywood.