Chvrches singer Lauren Mayberry wrote a column in the Guardian about online misogyny. She spoke about the ease in which people feel it’s okay to write messages calling her a slut, threatening to rape her and pick her appearance and intelligence apart due to her gender.

In the piece she states:

“I should note here that I have never said that men – in the public eye or otherwise – do not receive such comments. I can, however, only speak of what I know, which is that the number of offensive messages directed towards me, “the girl singer,” compared to my bandmates is undeniably higher. I should also clarify that this has nothing to do with hating men, as some have suggested. I identify as a feminist but subscribe to the pretty basic definition of a feminist as “someone who seeks equality between the sexes”. I am now, and have always been, in bands with smart, supportive guys, and have many amazing men in my life as family and friends. For that I am incredibly grateful.

“Of my numerous personal failings (perpetual lateness; a tendency towards anxiety; a complete inability to bake anything, ever), naivety is not one. I am often cynical about aspects of the music industry and the media, and was sure from the off that this band would need to avoid doing certain things in order for us to be taken seriously as musicians – myself in particular. We have thus far been lucky enough to do things our own way and make a pretty decent job of our band without conforming to the “push the girl to the front” blueprint often relied upon by labels and management in a tragic attempt to sell records which has little to do with the music itself.” 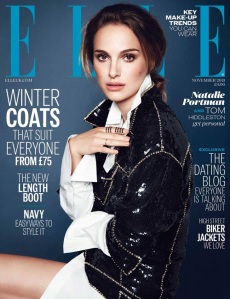 “I want every version of a woman and a man to be possible. I want women and men to be able to be full-time parents or full-time working people or any combination of the two. I want both to be able to do whatever they want sexually without being called names. I want them to be allowed to be weak and strong and happy and sad – human, basically. The fallacy in Hollywood is that if you’re making a “feminist” story, the woman kicks ass and wins. That’s not feminist, that’s macho. A movie about a weak, vulnerable woman can be feminist if it shows a real person that we can empathise with.”