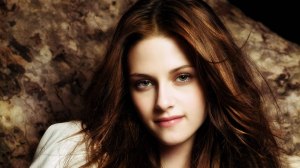 “That’s such a strange thing to say, isn’t it? Like, what do you mean? Do you not believe in equality for men and women? I think it’s a response to overly aggressive types. There are a lot of women who feel persecuted and go on about it, and I sometimes am like, “Honestly, just relax, because now you’re going in the other direction.” Sometimes, the loudest voice in the room isn’t necessarily the one you should listen to. By our nature alone, think about what you’re saying and say it—but don’t scream in people’s faces, because then you’re discrediting us…

“It’s the overcompensation to where our generation goes, “Relax,” because it’s been easier for us, and because we don’t have as much of the anger, so it’s like we can’t get behind it and it’s a bit embarrassing. But that being said, it’s a really ridiculous thing to say you’re not a feminist.”