Posts Tagged Just Not That Into You

DVD review: He’s Just Not That Into You 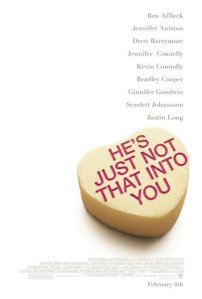 First off, I hated the book and couldn’t believe that Oprah found it so “fascinating” that she had to have Greg Behrendt on her show to discuss it and that women had all these “AHA!” moments over it. The film version is exactly what I expected. I saw it originally at a theatre of mostly women, who I could just tell “loved it.” It was there big outing. Why, I have no idea because it portrayed women as being clingy and clueless when it comes to men. A one night stand or kissing a guy just to kiss him and not have it turn in to a relationship, forget it. Women just don’t do those things [right!]. Perhaps in small town Alabama where everyone knows everyone else. Also, ALL women want to be married. 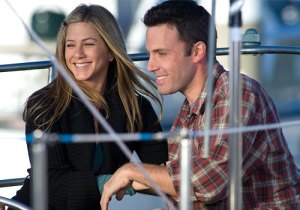 Beth [Jennifer Aniston] certainly has gotten fed up with seven years of Neil [Ben Affleck] who seems to be charming, devoted, easy going and sweet. So what is the problem. Oh yeah, where’s that ring to make it all “official-like.” You know what Beth, why ruin what’s already so perfect. The guy clearly adores you. I would love to be in that type of relationship. Look at your friend Janine [Jennifer Connelly– who let’s face it could have any guy she wanted] who has a cheating and lying college sweetheart husband Ben [Bradley Cooper]. But to make matters worse, she’s going crazy over the situation and becoming that woman who sniffs he’s clothes and waits up for him and asks where he’s been at night. UGH UGH UGH. No! Do not do it. 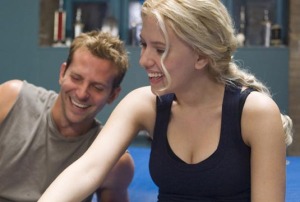 Scarlett Johansson’s character [Anna] knowingly befriends, flirts with and sleeps with that married man [Cooper]. And yet, she’s the most independent, strongest woman character because she acts like a guy. She does the best job of anyone. When she’s with a guy friend with benefits [Kevin Connolly] who she no longer sleeps with, she leaves him when she wants with him wanting way more. When she finally gives in to him and there’s a shot of him cuddling up to her, the dread on her face is priceless and when he shows her an apartment he wants to buy and hopes she might someday want to live with her, those blue eyes portray immense panic and she just says, “I can’t do this. Any of this.” THAT is realism. It is also brilliant acting for a flimsy “chick flick.” 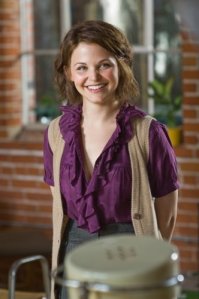 But Boston University graduate Ginnifer Goodwin’s character, Gigi, who is the heart of the film, just wants a boyfriend so bad and is making every “mistake” possible. She’s too eager. You know what? Some guys like girls who are eager. Some guys are the caretakers in the relationships. Okay, she’s young and she needs to calm down a bit but dating is nerve-wracking and who doesn’t over-analyze every aspect of a date every now and again. She calls too much. She frets by the phone. Granted, that isn’t good for anyone. But she’s cute and educated and sweet. That’s certainly enough for some guy out there.

To be fair, in the end when all-knowing Alex [Justin Long] finds himself liking a girl, he keeps checking his email and voicemail so perhaps these rules actually go both ways. If someone isn’t into you, male or female, you should know it. The person will not show enough interest. The person will not call. The person will not want to go out with you on another date. I’ve had plenty of first dates. Plenty of second dates and I’m working on those third and fourth and long-term relationships.

Ben Affleck, Bradley Cooper, Jennifer Aniston, Just Not That Into You