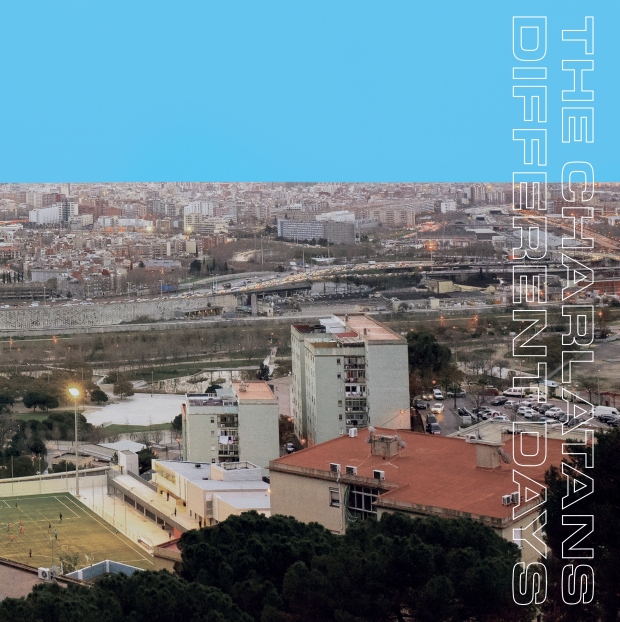 My heart belongs to several bands and artists but two bands will permanently possess a special spot: Jesus Jones and The Charlatans. I followed both bands in the 90s and befriended them as best one could without having sex with any band members. Kudos to singer Tim Burgess and bassist Martin Blunt for keeping The Charlatans going and the music flowing after the deaths of keyboardist Rob Collins in 1996 and drummer Jon Brookes in 2013. Different Days is the 13th album for The Charlatans, who formed in the late 80s.

In many aspects over the years, the band has transitioned from Britpop to indie rock. On Different Days, a California vibe definitely seeps into these songs. There’s still swagger and a bit of Manchester as well. It’s overall pretty laid back, sunshiny and optimistic. There’s the pretty and soothing “Hey Sunrise” with its jangly guitar. On the contemplative and catchy (the brilliance of Tim Burgess’s writing) “Solutions,” grooving percussion and a deep bass line propel along with gentle keys propel the melody. It’s one of my favorites. Maybe because I’m looking for one. The songs “Plastic Machinery” and “Not Forgotten” feature more guitar than keyboards with fierceness and swaying beats. “Plastic Machinery” tackles fleeting popularity and superficial happiness. “Not Forgotten” approaches how we evolve and what we learn from relationships: “I’ve taken every opportunity. Tried to be everything you wanted me to be. So why do you have to talk like that?” This is a spectacular album. It pulls me back in and can easily be filed alongside 2001’s Wonderland or 2006‘s Simpatico in its overall sound.