–Helena Bonham Carter is in talks to join Carey Mulligan and Anne-Marie Duff in Suffragette — a film about the nineteenth and early twentieth century women’s right to vote movement. The period piece will be directed by Sarah Gavron (Brick Lane) and written by The Iron Lady scribe Abi Morgan.

–Jessica Lange has signed on to play Mark Wahlberg’s put-upon mother in The Gambler, a remake of the 1974 film. 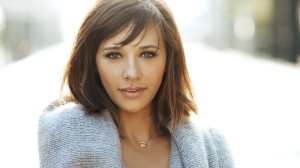 –Rashida Jones and her writing and producing partner, Will McCormack, just sold a “midnight-dark workplace dramedy-noir about a nail salon in Florida and the strange, dangerous women who work there” to HBO. Claws is the third show the pair behind Celeste and Jesse Forever have sold this year.