Although I read this back in March, The Van Apfel Girls Are Gone makes the ideal summer read with its dreamy, cinematic imagery. It reminds me of Jane Campion’s Picnic at Hanging Rock. It’s part mystery and part coming-of-age story.

Raised by religious, strict parents, the three Apfel sisters disappear one summer in Australia in 1992—“We lost all three girls that summer. Let them slip away like the words of some half-remembered song, and when one came back, she wasn’t the one we were trying to recall to begin with.” Were they killed or did they run away? Tikka Malloy was 11 years old in 1992. She and her sister were best friends with the Van Apfel sisters. Tikka returns home because her sister has been diagnosed with cancer. The never-solved disappearance of Ruth, Hannah and Cordelia Van Apfel 20 years ago still haunts Tikka and her sister.

This area of Australia seems one in which children got easily get lost—“Back in those days the valley had only been developed in pockets. It was dissected by a cutting where a skinny, two-lane road wound down and around and across the river and then slithered out again, but the real excavation world had been done long ago by something much more primitive than us. The valley was deep and wide. Trees covered both walls. Spindly, stunted she-oaks spewed from the basin, swallowing the sunlight and smothering the tide with their needles. Higher up there were paperbacks, and tea trees with their camphorous lemon smell. Then hairpin banksias, river dogroses and gums of every kind—woolybutts, blackbutts, bogongs, blue mallets, swamp mallets and craven grey boxes, right up to the anemic angophoras that stood twisted and mangled all along the ridge line.”

Tikka recalls that summer and the sisters. The Van Apfel family has plenty of dark secrets. Maybe these memories of this friendship and growing up will mean something now to adult Tikka that she’d never recognized as a child. The father seems to have most difficulty controlling middle-sister Cordelia, the most beautiful of the sisters and the most independent. That summer, Cordelia falls out of a tree and breaks her arm. That summer, a new male teacher, named Mr. Avery, arrives at their school. He’s the only male teacher. When Cordelia sleepwalks one night, Mr. Avery brings her back home. She’s only wearing her swimming outfit. Cordelia often talks about getting away from her father. She has a plan to leave.

Then there’s Mr. Van Apfel and his suspicious behavior. He seemed to have the most problems with Cordelia. He cruelly killed her pet mice by pouring bleach on them. Another time, when Cordelia was bathing, Mr. Van Apfel held her head under water “to cast away all her sins. Swimming costume sins. Sleepwalking sins. (Cold-car-engines-in-red-hatchbacks sins.) He was careful to keep her cast arm dry, and it protruded like a plaster periscope. While the rest of her shameful body was submerged and washed clean. Baptism among the bath salts and bubbles.” There’s this particularly creepy memory. On the last day of school, Mr. Van Apfel tells Tikka that Cordelia and Ruth aren’t feeling well and won’t be going. She notices that the seats are folded down in the back of the car and she sees “three long black bags zipped securely to the top.” Chills.

Nuanced and more of a character study and a contemplation on memory and experience, it’s quite the page-turner.

I received this book for review from Algonquin.

book review: The Little Girl on the Ice Floe 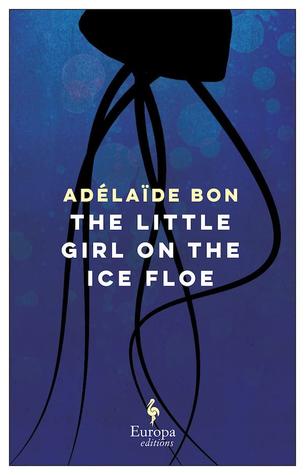 “She has everything a person needs to be happy. Her childhood is privileged, sheltered. She’s healthy, pretty, intelligent. She lives in Paris, goes skiing in winter and swimming in the summer, visits museums abroad. She comes from a good family in a nice neighborhood; she’s been well brought up,she knows how to behave in polite society. She’s white, with French roots going all the way back to Charlemagne and to Morvan I, king of Bretons.”

Two decades after being assaulted, a detective re-opens the case of “The Electrician” and DNA analysis identifies a man who police recognize as a serial offender. He’s charged with assaulting 72 minors between 1983 and 2003. French author Adelaide Bon goes to court and testifies in the case and confronts the man who brutalized her so many years ago. Translated from the French by Tina Kover, The Little Girl on the Ice Floe is a remarkable memoir about sexual assault and its aftermath. (I truly enjoyed reading Disoriental which Tina Kover also translated.) There’s a conscious connection between subject, author and final product and therefore, becomes somewhat metta at times. Told in third person with the occasional first person, it’s powerful, raw, thoughtful, angry and exhilarating. It’s a revelatory and stunning depiction of how a woman copes after sexual assault. The author candidly depicts her struggles. The rape affects her in a myriad of ways for decades—from overeating to alcohol abuse to isolating to self-esteem issues to sexual relationships. “She convinces herself that she is made up of two completely separate parts: the disgusting, treacherous body and the pure, bright, joyous mind.”

What do you do when you’re hurting so much, when your suffering becomes unbearable? She becomes an avid reader as books provide the perfect refuge. She goes to therapy. She tries pretty much everything: “She participates in four more family constellation weekends; she tries holotropic breathing, rebirth, primal screaming, kinesiology, floral extracts and St. John’s Wort. She consults an etiopath and makes an appointment with an astrologist. She reads countless books on personal development, Indian spirituality, and nonviolent communication; she studies Jung and Schopenhauer. She’s like one of those trick birthday candles that relight themselves endlessly until you drown them in a glass of water. She is the granddaughter of a legionnaire, and as long as there is a war on, she will return again and again to the front line.”

This potent creative masterpiece is a must-read.