Posted by Amy Steele in Uncategorized on December 7, 2014

I’m not familiar with The Bible or bible stories. I tend to avoid them if I can. I know Noah’s ark and saw Noah in theaters. I saw Mel Gibson’s Jesus film. I did quite like The Red Tent by Anita Diamant published a decade ago. What I like is that Diamant imagined a feminist biblical story for Dinah, who only warrants a brief mention in the bible. Where a woman isn’t the temptress, whore or maternal figure. In The Red Tent, Dinah learns to be a caring compassionate woman and midwife from her mothers—Jacob’s four wives Leah [Minnie Driver], Rachel [Morena Baccarin], Zilpah [Agni Scott] and Bilhah [Vinette Robinson]–when they spent their menstrual cycles and share wisdom and traditions in the red tent. Dinah’s happy childhood spent inside the red tent where the women of her tribe gather and share the traditions and turmoil of ancient womanhood. The Red Tent is a feminist work about women working together, women sharing their knowledge and a young woman, Dinah, persevering when she loses everything.

It’s a very good miniseries with an all-star cast including Minnie Driver, Debra Winger, Iain Glen [Game of Thrones], Monica Baccarin [Gotham, Homeland] and Rebecca Ferguson [The White Queen] as Dinah. The Red Tent is a two-part miniseries and focuses on Dinah, Jacob’s only daughter—Leah is her birth mother– and Joseph’s sister. The first part focuses on Dinah’s childhood and growing up with her mothers’ guidance. The lovely Driver exudes strength and wisdom as first wife Leah. As Jacob’s greatest love Rachel, stunning Baccarin is gentle and open. Rachel teaches Dinah to be an empathetic and exceptional midwife.

As Jacob’s only daughter everyone cherishes and protects Dinah. When she and Rachel travel to the palace to help with a birth, Dinah meets and falls in love with the prince. Dinah faces adversity when she secretly marries the prince and her brothers avenge her honor (as one did and often still do) by brutally slaughtering every man in the palace. Of course Dinah becomes pregnant and her mother-in-law takes her to Egypt where she raises Dinah’s son as her own.

After several years, when her son gets sent away to be educated, Dinah gets cast out of the compound. At first Dinah sells homeopathic remedies in the market but soon she’s convinced to utilize her incomparable midwife skills. Soon she meets a charming man and they marry. Later Dinah’s son arrives at her door. He’s working as a scribe and his master’s wife needs help with her birth. Dinah’s reunited with Joseph who gained power in Egypt. When their father falls ill, Joseph and Dinah return to make amends.

Under fire for its biopics lately, maybe Lifetime best stick to original films. Lifetime does an admirable job with this adaptation. Impressive cast and quality script by Anne Meredith [Bastard out of Carolina, Cavedweller]. I often discount Lifetime for not airing enough works written and/or directed by women as it is the network for women. The cast and crew filmed in Morocco which offers intensity and a suitable locale to reconstruct the time when Joseph [Will Tudor] rises to control over Egypt. It’s harrowing, violent and epically sprawling. The miniseries clearly centers on Dinah. As Dinah, Rebecca Ferguson proves to be strong, resilient and unflappable. She’s mesmerizing. Ferguson possesses a natural and effortless beauty just right for this biblical-influenced tale.

Night One Premieres Sunday, December 7, at 9pm ET/PT on LIFETIME

May 8, 2014: Lifetime announced that produced begins this month in Morocco for the two-day miniseries based on the best-selling novel The Red Tent by Anita Diamant. It premieres later this year on the network. 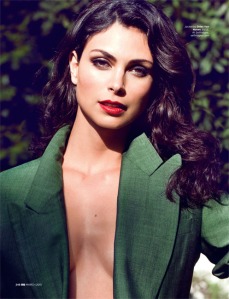 Will Tudor (Game of Thrones) 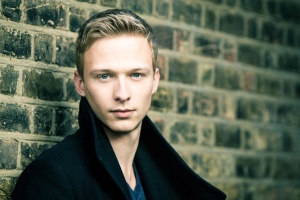 Description: The Red Tent is the sweeping tale of Dinah, the daughter of Leah and Jacob, who was only referred to in small glimpses in the Old Testament. The miniseries begins with Dinah’s (Ferguson) happy childhood spent inside the red tent where only the women of her tribe are allowed to gather and share the traditions and turmoil of ancient womanhood. Told through Dinah’s eyes, the film recounts the story of her mothers Leah (Driver), Rachel (Baccarin), Zilpah and Bilhah, the four wives of Jacob (Glen), and his courtship of them. The saga continues as Dinah matures and experiences an intense love that subsequently leads to a devastating loss, changing the fate of her and her family’s lives forever. Winger portrays Rebecca, Jacob’s mother while Tudor stars as Joseph, Dinah’s brother.

The Red Tent has sold millions of copies worldwide and and has been translated in 28 languages. The novel is a New York Times, Los Angeles Times, Washington Post, San Francisco Chronicle, USA Today and Entertainment Weekly Top Ten Bestseller.

Produced by Sony Pictures Television, The Red Tent is executive produced by Paula Weinstein (Blood Diamond). Roger Young (Law & Order) directs from a script by Elizabeth Chandler (The Sisterhood of the Traveling Pants) and Anne Meredith (Secrets of Eden).

purchase at Amazon: The Red Tent: A Novel