book review: The Days When Birds Come Back 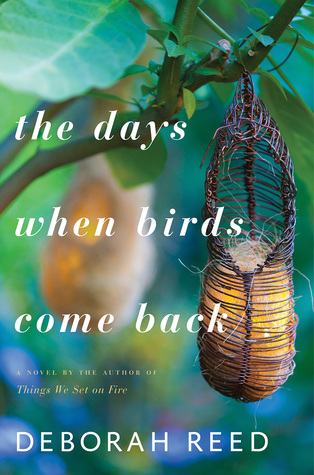 “Happiness had confused her ever since. It pulled like an adhesion across her chest, had no give, and burned. It made her anxious and fazed, and only afterward, when some distance was afforded her, could she feel pleasure in the form of relief. Joy was no better, coming for her with a deep roiling in the gut. The idea that she was not entitled to anything good had taken hold.”

After her recent divorce and loss of her grandparents, June returns from living abroad to the Oregon coast. Being back in the house in which she grew up elicits memories and regrets. June hires Jameson for restoration work during the summer. They’re connected in unexpected ways (because expected ways wouldn’t make for a compelling read). Jameson lost his twin boys in a random shooting. He and his wife currently foster a child they hope to adopt. June is a writer and an alcoholic and has been unable to write for quite some time. Author Deborah Reed writes about June, “She had lived a fairly solitary life since childhood, and grew up to spend her working life alone, yet a sense of loneliness seemed attached to everything now. She felt small, vulnerable, as if the world had expanded without warning, everything exposed and raw, distorted, like looking through a crooked aperture that was meant to remain closed.” I relate to June and this solitary existence. But as much as we might choose to be alone that doesn’t mean we want to relinquish connections to others.

When June was young, her father killed himself and perhaps that’s why June turned to alcohol? There must be a reason why people became alcoholics and addicts. It’s not simply liking something or liking the taste of something. It’s more about numbing one’s thoughts and feelings or forgetting something. There’s both romanticism and tragedy associated with drinking: “She imagined shelves of liquor down in Wheeler, all those beautiful glass bottles, such lovely works of art, every one filled with a promise, a story, gifts to be opened and shared in celebration of love and life, holidays filled with peace and joy. How pretty they were, how delightfully they kept company with each other in those colorful rows. The darker stories they housed, like genies, had not been let loose, and at first glance were nowhere to be seen. Where were the blackouts and bruises? Where was the infidelity and depression? Show me divorce and broken bones and lost careers, June thought. Show me the troubled children at the bottom of every bottle.” Powerful and astute. The carefree, celebratory times people relate to drinking become easily eclipsed by horrendous tragedy and loss. It’s impossible to move beyond addiction and tragedy without addressing its core. By expressing her vulnerabilities and weaknesses and recognizing her faults and flaws, June becomes an empathetic character. As Jameson knocks down walls he finds things which make June re-examine her relationship with her late father and grandparents. As June remembers, Jameson also delves into something which has burdened him for a long time. They slowly find connection and empathy in each other. This is a gorgeous, quiet and melancholy novel about understanding and belonging.

In addition to presenting these complicated characters and their budding friendship, Reed writes lovely descriptions, such as: “Hydrangea, lavender, and euphorbia encircled the immediate area of the house, and out to the sides of each property spread a thick cluster of trees, acres of conifers casting long shadows from the sun. The familiar, acidic scent of pine reached him in waves, the way it used to every morning when he opened the patio doors and stepped out with a cup of coffee to watch the juncos and towhees vie for the feeder.” What a clear, pretty picture that paragraph conjures. I’ve never been to Oregon yet this novel and the brilliant writing transports me there.

The View from Penthouse B: book review 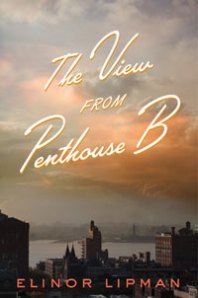 It starts off all charming and filled with situational-comedy-setting humor as a widowed sister moves into her divorced sister’s penthouse. Younger sister Betsy suggests that middle sister Gwen-Laura and older sister Margot might make ideal housemates. Gwen-Laura’s been a widow for two years, her husband died suddenly from a congenital heart condition. Margot endured an acrid and publicized divorce when her fertility specialist husband decided to impregnate some of his clients himself. Also, she lost money to Bernie Madoff. They’d never been close. Margot rather lavish and Gwen rather goodie-goodie. “It was kind of her not to make me admit my most obvious shortcoming: I would be a sad roommate who couldn’t be counted on for any fun at all.” They take in a younger gay guy, Anthony [a cupcake baking former Lehman Brothers financial analyst] as housemate and form a modern family.

When Charles, Margot’s ex-husband, gets out on parole and moves into the building he starts wiggling his way back into his ex’s life through bi-weekly dinners that Margot initially refuses to attend. But old feelings start to defrost. The focus shifts to heavy matchmaking for Gwen. Urging her to write a personal ad and sign up for online dating. There’s amusing writing about dating in your 40s and 50s.

About an ad Gwen ran in the New York Review of Books:

“No one answered, and I knew why. The competition in that highbrow publication where women aiming for a man with books on his shelf, art on his walls, smoked salmon in his refrigerator, and tenure. I was at a distinct disadvantage, lost among ads posted by Ivy Leaguers with advanced degrees in Masculine Preferences.”

The strong bond that develops between the disparate sisters kept me reading The View from Penthouse B. They depend on each other as never before and care deeply for each other’s happiness and well-being. Along with Anthony, Margot and Gwen have quite the set-up in penthouse B that anyone would envy. [It was our nuclear family. As of that day, it was the only portrait I could paint of the widow Gwen-Laura Schmidt where she was neither lonely nor alone.”]. This would’ve been enough for me but apparently in women’s fiction all women MUST get married or married again or they be failures.