the first one was so fun. love almost anything that Robert Downey Jr. does and I’m a big fan of Guy Ritchie and Jude Law too. Plus will be good to see Noomi Rapace [Girl with the Dragon Tattoo] in something different.

in theaters in December.

Royal Wedding: I didn’t watch it but I looked at pictures

Posted by Amy Steele in Uncategorized on April 29, 2011

Splendid choice of gown for Kate Middleton, now Duchess of Cambridge. Simple, elegant, not too much skin revealed. It’s designed by Sarah Burton for Alexander McQueen. 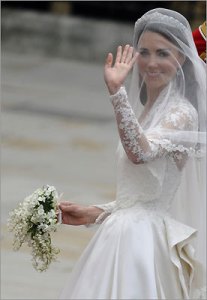 David Beckham looks so handsome and stylish. Posh looks like she always does– very stern. what high heels and she actually looks lovely in navy.

Director Guy Ritchie looking good in the vest and tails. Sorry Madonna, no invite for you. 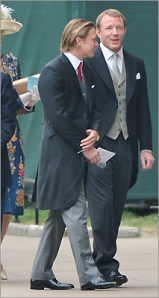 The Queen. Yellow is her color. But why the big purse. What is in that?

Princess Ann. I love her individuality. Her style. The color palette. 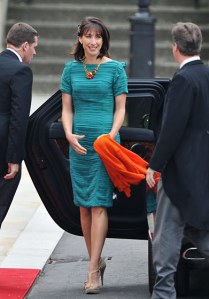 Pippa Middleton in her party dress.

the kiss on the balcony. love the reaction of the little girls!

and the FINAL WORD:

Straight from the film’s opening shots, there is little doubt who the writer and director is behind RockNRolla. Containing all his favorite elements—London’s seedy underworld, sex, drugs, corrupt politicians and lavish excess– the film provides layers upon layer and rich, colorful characters. Writer/director Guy Ritchie brings together a stellar cast– Tom Wilkinson, Idris Elba [The Wire], Gerard Butler, Thandie Newton, Chris Bridges, Mark Strong [Miss Pettigrew Lives for a Day]– a cool concept and a cunning storyline. Everything and everyone ties back together in the end.

The setting: London. Uri, a Russian mobster [Karel Roden], wants to build a sports arena and to avoid all that nuisance of building permits and piles of paperwork, he enters a deal with London mob boss Lenny Cole [a ruthless Wilkinson] who a few politicians in his back pocket. Uri just needs to deliver 7 million and he’s good to go. Of course he hired The Accountant Stella [a wonderfully devious Newton] who has the Wild Bunch of One-Two [ Butler], Mumbles [ Elba] and Handsome Bob [Tom Hardy] working for her to steal the money as soon as it is en route to Lenny– some really funny/bloody scenes here.

Add into the mix that Lenny’s stepson is a famous rocker, Johnny Quid, who the paper’s have reported as dead but Lenny knows better. He’s a junkie that one. When Uri lends Lenny his “favorite painting” as a good will/good luck gesture at the beginning of their relationship, no one would even guess it would end up missing and in the hands of said rocker. After the money keeps getting stolen and everyone loses trust in each other, Uri demands the painting back but it is gone. After some detective work, the painting is recovered, and One-Two, who has a crush on Stella, gives her the painting. But Uri also has a crush on his accountant and is furious when he sees the painting in her flat.

To reveal any more would give away too much of this film and RockNRolla brings it all back around in the snap-pop-gasp way that Ritchie can often deliver.RockNRolla is easily my favorite Ritchie film so far. This time the major deals, double- and triple-crosses are in real estate. It is the new heroin. RockNRolla twists and zips along and will keep you guessing more than a few times.