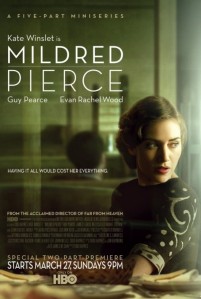 Synopsis: story of a proud single mother struggling to earn her daughter’s love during the Great Depression in middle-class Los Angeles.

The five-part miniseries, produced in association with MGM, will follow the story laid out by James M. Cain in his 1941 novel of the same name.

co-written and directed by Todd Haynes [Safe, Far from Heaven]