singer-songwriter Chelsea Wolfe says that her new song “American Darkness” is an “expression of freedom and beautiful humans being themselves.” She explains: “It began as a sort of homage to a scene in the Paul Thomas Anderson film Magnolia, where the characters are singing along to the Aimee Mann song “Wise Up,” but I wanted our version to be explored through the lens of The Tarot. I’ve been reading tarot cards for myself for many years, and researching the symbolic expressions of the cards for this video made me want to dive even deeper. To represent that, I played both The Fool and The High Priestess cards in the video, to embody both the beginning of the journey, and the realization that the sacred knowledge I was seeking was inside me all along. We cast friends to play a few other tarot archetypes, and Karlos’ idea was to bring the symbols and signifiers into the contemporary; deconstructed, and made everyday – “the magical and the unexceptional.” I loved that. At the same time, we really wanted to challenge the binary of the traditional tarot cards, and give them more diversity, which is something important that many cool artists and witches are doing. I’m such a fan of Karlos Rene Ayala as a writer, director, documentarian and friend, and have looked forward to making a video with him for a long time.”

Wolfe’s new album, Birth of Violence, will be released on September 13, 2019.

when you come dead last

in battles long past

intended to rip my heart out

oracle of your secrets

your eye was trained on me

as i stood before you, unbuttoning

kiss me as the bell tolls

swiftly, as the horses ride

damn my dreams, the tormentors

last night your mouth was on my skin

and the poppies were like fire on the mountain

i took your hand and led you home

all my old ways have started kickin in

and my bad days are comin round again

river on fire and sun eclipsed

when you come back to me 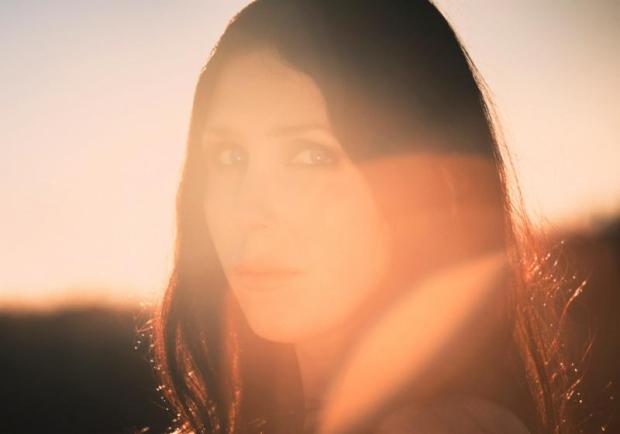 Chelsea Wolfe will release a new album Birth of Violence on September 13, 2019. She’s one of favorite musicians. She writes amazingly beautiful, meaningful, dark and gorgeous songs. She recorded the album in solitude at her home in Northern California. The singer-songwriter said: “I’ve been in a state of constant motion for the past eight years or so; touring, moving, playing new stages, exploring new places and meeting new people-an incredible time of learning and growing as a musician and performer. But after awhile, I was beginning to lose a part of myself. I needed to take some time away from the road to get my head straight, to learn to take better care of myself, and to write and record as much as I can while I have ‘Mercury in my hands,’ as a wise friend put it.”

Catch Chelsea Wolfe on her acoustic tour this fall in support of the album. Dates listed below.

* All dates with special guest Ioanna Gika except 8/31