Posted by Amy Steele in Interview, Music on March 8, 2012

Winterpills is a wonderful chamber-pop band from Northampton, Mass. The songs are swirling and melodic. All My Lovely Goners is the band’s fourth full-length release. I recently spoke with singer/songwriter/ guitarist Philip Price. 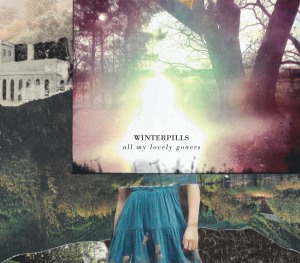 Amy Steele: You spent two years recording and producing this album in your own studio. Why did it take that long?

Philip Price: We weren’t recording the whole time. We started recording August 2 of last year but it took a long time for the whole thing to come together. It was a very slow gestating project which for me is a better experience. We were just figuring out our pace and a couple of the other ones [albums] we had to push to get them done in the studio. I wish the songs were better put together. I feel like we got it this time.

A year after our last release there was a brief period where the band wasn’t sure what it was going to do. We weren’t going to break up but our energies were going in other directions for a while. I thought it would end up being a solo record. I did pretty elaborate recordings/ demos of the songs. When it was all done, I thought it was another Winterpills album. If I did a solo project I would want it to be a departure, something different.

Amy Steele: When you play a live show, what can someone expect?

Philip Price: it depends on the room. We just play the songs. We sound like the record pretty much. We are touring as a duo a lot these days. Flora [Reed—vocals, keyboards] and I go out. That’s going to sound a lot more stripped down. We’re going to SXSW this year with our guitar player. We did a whole tour last year as a duo and we were pretty happy with how it ended up going.

Amy Steele: You’ve been together as a band for eight years. What makes you work well together?

Philip Price: We came together in 2004. We knew each other and started playing music together in non-ambitious ways. Everyone was doing other things or had other projects. We started playing out mostly regionally before we decided if we were going to record or not. 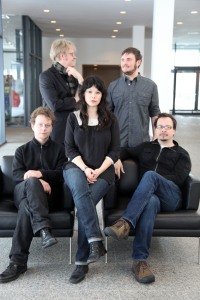 Amy Steele: When I think of the area you’re in I think of all the colleges around there. Did you all grow up out there [near Northampton/ South Hadley] or go to college out there?

Philip Price: Dennis [Crommett- guitar] went to school out here. I didn’t. I migrated here in the 90s from Vermont. Flora’s family is from here but she didn’t grow up here. We were all well beyond college when we first started playing together. I had a band for nine years before this one called the Maggies. A power pop band along the lines of the Posies or the Lemonheads. I came out of that band in 2002, toured as a solo artist and got very frustrated and lonely. Dennis, Brian [Akey—bassist] and Dave [Hower—drummer] have a band. A much harder rock band. Flora has a solo record. Just a few weeks ago, Dennis, Brian and Dave were Frank Black’s backing band for a show.

Amy Steele: How has the band changed over the years?

Philip Price: We can be a big lush rock band and we can also scale it down really well. Quiet. It’s been a natural progression. We had to be a rock band in addition to being ethereal.

Amy Steele: Winterpills has been labeled chamber pop—I’d not heard that before.

Philip Price: I don’t know who coined it but it kinda fits. It’s a rock band but it’s also listening music. You might sit down and listen to it. It’s apropos of a certain type of rock song that might be more arranged and more formal. It’s interesting not to have to say that you’re an indie rock band or an indie folk band, both of which could apply, but I’d rather not use that terminology if possible.

Amy Steele: I’ve just recently heard of you and I feel awful about that.

Philip Price: You’re right there along with most people.

Philip Price: Well it’s a strange time in the music business. I think for a while people didn’t quite know what to do with us. I think every artist would say they’ve had experiences in the industry that have been disheartening. I feel like we’re a very slow-growing fruit tree or something like that. Unlike a lot of rock careers we’re more like a small publishing house.

Amy Steele: What is your songwriting process?

Philip Price: I’m lazy. I’ll wake up with a song in my head or a melody will come to me and then I’ll whip out my recorder and get it down. Eventually I’ll collect a bunch of those. I end up writing an album’s worth of songs per year. It tends to be melody first and then lyrics after. And then the meaning after that, whatever the song means.

Amy Steele: What do you think makes a good song?

Philip Price: It’s gotta have a great hook lyrically and melodically and they have to make each other happen.