Films underwhelmed me this year.
Here are the ten that made the greatest impact on me: 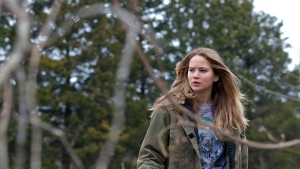 Winter’s Bone
— gritty is the most simplistic way to describe this film. At first I thought I’d never get enthralled by a film about trailer parks and meth addicts but soon I was, my stomach wrenching throughout.

The Ghost Writer
— yes, I know that liking a film by child rapist Roman Polanski should mean I’m not a feminist but I have to separate the artist and the art. This film has that wow factor that’s been lacking for so long in thrillers.

Black Swan
–provocative. so many levels of psychoanalysis for this film. is it reality or delusion?

Exit Through the Gift Shop
–engrossing from the first ten minutes. couldn’t stop watching this documentary about a Frenchman who gets caught up in the secretive lives of street artists. fascinating. 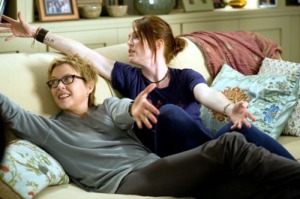 The Kids Are All Right
–great script and direction from Lisa Cholodenko. brilliant cast including Annette Bening, Julianne Moore and Mark Ruffalo. engaging, heart-warming story that sublimely highlights all the complications of families and relationships of all kinds.

The King’s Speech
–the Royals aren’t as confident as we might think and Colin Firth should win an Academy Award for his performance as King George VI.

Joan Rivers: a piece of work
–aging in front of the camera, amidst a youth-obsessed culture. Joan Rivers shows the harsh truth in a poignant and funny manner.

The Social Network
–a film about Facebook’s creation that’s so uncomfortable you feel like taking a shower after leaving the theater. These geeky guys with their bravado and disdain for women is just awful.

Somewhere
–Sofia Coppola makes films about very little taking place extremely well. Divine imagery, unspoken moments between and father and daughter provide much more insight than many of the more chatty independents can. 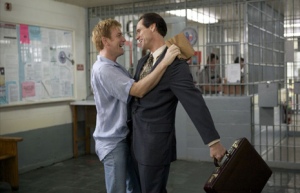 Jim Carrey in I Love You Phillip Morris

Christian Bale in The Fighter