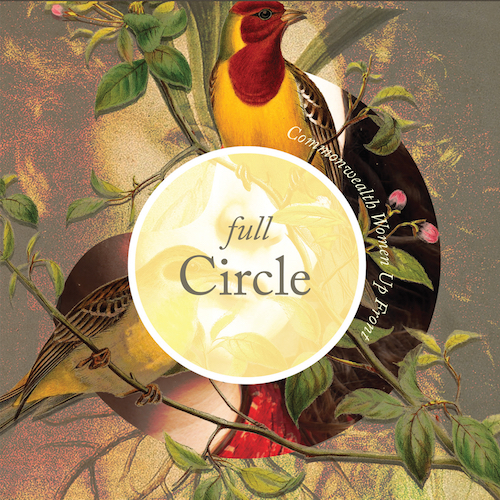 Do you feel that you aren’t that familiar with new bands and artists around Boston? I know that I’ve lost touch with the local music scene. Not that I was ever “in” the scene but I knew lots of bands in the 90s. So oldster that I am now, this GenXer gets excited to discover local artists like Petty Morals, Will Dailey, Telectrix and Freezepop. This 10-track compilation Full Circle Commonwealth Women Up Front developed through a SoundCloud group for indie music in Boston. There’s another site I don’t spend enough time on. Everyone’s on Facebook and I just don’t spend enough time there. Yes, I listen to links that publicists send me but I don’t spend the time browsing the site as I should. Spotify is my go-to and I’ve discovered lots of cool music there.

Here’s the track listing with my thoughts:

1. Imani Sherley – “I Will Go In Waves”
–gentle. emotive folk from this Smith College student

7. Pleasure Garden – “In Death”
–dark, ethereal, dreampop. in the vein of Chelsea Wolfe or Bats for Lashes. duo of Anne Bennett and Ryan Lord.

9. And Then There Was One – “Dawn”
–pretty, lilting vocals. Melody effectively moves from lulling guitar to churning guitar. solo project of Stevie Caldwell.