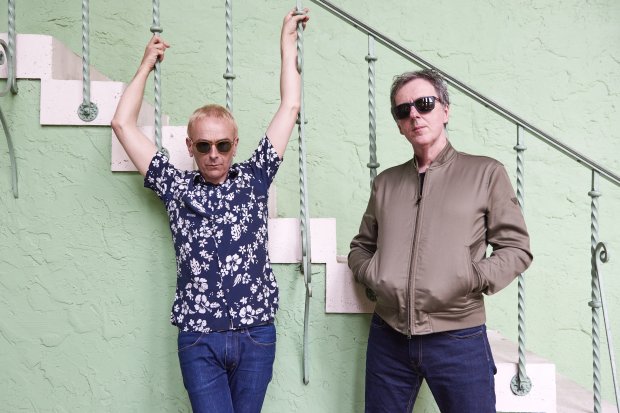 “Border Country” is the second collaboration with friend of Underworld and DRIFT community member Ø [Phase]. It’s the final part of DRIFT Episode 4 and will be available on all DSPs July 4. Their upcoming album Drift Songs will be out October 25, 2019. It will be Underworld’s first album release since 2016’s Grammy nominated LP Barbara, Barbara we face a shining future.

Rick Smith said: “My relationship with Ashley a.k.a Ø [PHASE] began in Autumn 2017 when I first heard his Submerged Metropolitan release.. it’s not an exaggeration to say I immediately fell in love with his music. There was a sense of journey and mystery and magic to what I heard. Having worked with him for a little while we know he brings that same magic to the table every time, informed by his deep passion and understanding of the lineage of Techno and a thirst to learn and grow. A lovely talented man.”

This entry was posted on June 28, 2019, 16:19 and is filed under Music. You can follow any responses to this entry through RSS 2.0. Both comments and pings are currently closed.