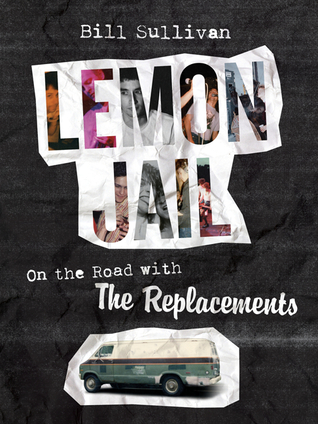 “When we arrived in a town on tour I would take flyers from the club and cruise the area handing them to any young people who would take them. My promotion theory consisted of one thing: guys wanted to go where women were, and women wanted to go where guys were. the better looking the boy or girl the better chance they would sway other people. I was skinny and cute with guyliner, so I could easily slip across gender lines.”

I like The Replacements and appreciated the band’s music but don’t know that much about them. This memoir isn’t the best way to find out that much about the band. This isn’t a tell-all. There’s mention of drinking and drugs and sexual encounters but not with salacious detail. It’s also not about specific albums or songs. It’s a non-sequential tour memoir by one of the band’s roadies, Bill Sullivan, who went on to be tour manager for many music acts including Bright Eyes, Spoon, Cat Power and Yo La Tengo. It’s his experience and recollection which makes for an interesting read. As a Boston-based music journalist, I appreciate the details about touring in Boston in particular.  He mentions lots of popular venues such as The Rat in Kenmore Square. He writes: “The last show on the itinerary for the first tour was in Boston at the Rat in Kenmore Square. Boston is well known as a confusing city to navigate even with GPS. For us, in 1983, we would just look for the Citgo sign and keep turning toward it. The Rat itself played host to so many cool bands it’s impossible to list them. The stage was stocked with speakers and lights, and they didn’t care if you turned up.” Lemon Jail reminds me of a long piece I wrote about touring with The Charlatans in the 90s. The bibliophile/book nerd appreciates the font, the cover, the paper quality and overall look and feel of this book.

FTC Disclosure: I received this book for review from University of Minnesota Press.

This entry was posted on April 19, 2018, 00:03 and is filed under Books. You can follow any responses to this entry through RSS 2.0. Both comments and pings are currently closed.