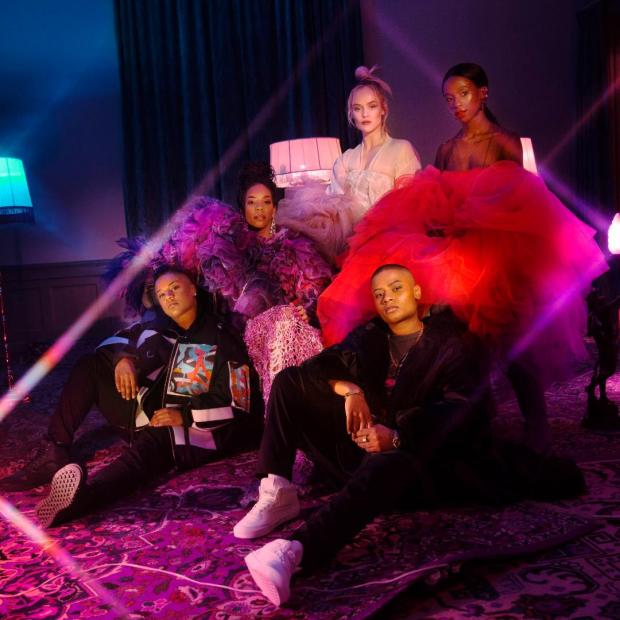 In honor of International Women’s Day today, Swedish RnB singer Janice collaborated with Swedish artists Sabina Ddumba, AMWIN and LASH for a redux version of her song “Queen.”  The project is an initiative of the Red Cross for women by women campaign [#Medsyster] to raise money for women in conflict areas around the world.  Money raised from the campaign will benefit the Red Cross’s disaster work, maternity care, as well as work on genital mutiliation in Sudan, preparation for natuaral disaster in Bangladesh and Myanmar, increased access to healthcare for women in Afghanistan.
“Queen” (Medsyster Version) is a remake of the song on Janice’s debut album, Fallin Up. In the new version, produced by Natali Noor, artists interpreted what sisterhood means to them. The new video was directed by Nicolina Knapp. 100 people worked on the production, all of them identifying as women.

This entry was posted on March 9, 2018, 00:01 and is filed under Music. You can follow any responses to this entry through RSS 2.0. Both comments and pings are currently closed.