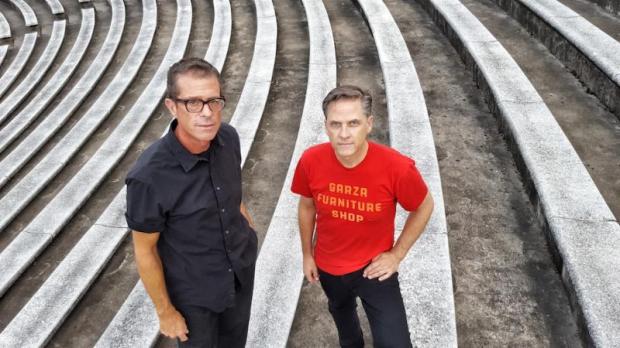 Tuscon, Arizona band Calexico released a new video for the song “End of the World with You” from its upcoming album The Thread That Keeps Us [Anti- Records] which will be released on January 25, 2018.  Assured, laid back indie rock/ American song with lots of Wilco and The Replacements influences. love these lyrics: “Love in the age of the extremes/ there’s nothing better that i’d rather do/ then scatter all the myths/ and walk to the start of the end of the world with you.”

About the new album, guitarist/ vocalist Joey Burns said: “There’s a little more chaos and noise in the mix than what we’ve done in the past, Whenever we’re writing and we come up with something that feels too familiar, someone will end up saying, ‘That feels good, but let’s keep going and see what else we can uncover.’ It’s been really important to the arc of this band’s evolution for us to always keep on trying new things.”

The Thread That Keeps Us Tracklisting:

This entry was posted on October 21, 2017, 02:10 and is filed under Music. You can follow any responses to this entry through RSS 2.0. Both comments and pings are currently closed.