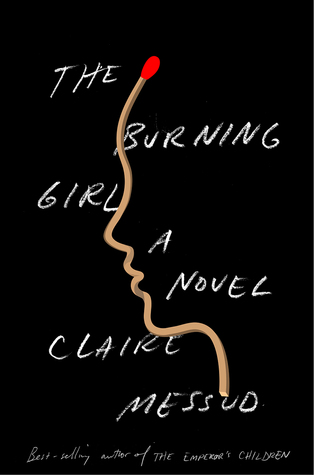 “You get to middle school, and you think about these things. The world opens up: history stretches behind you, and the future stretches before you, and you’re suddenly aware of the wild, unknowable interior lives of everyone around you, the realization that each and every person lives in an unspoken world as full and strange as your own, and that you can’t ever hope entirely to know anything, not even yourself.”

Writer Claire Messud adroitly explores themes such as friendship, what it means to be a woman, opportunity, choices, class, perception and artistic personalities with thoughtfulness and precision. The Emperor’s Children stunned me with its near perfection and it remains one of my favorite novels. I tore through her brilliant novel The Woman Upstairs. I realize now I need to read Messud’s back catalog. Messud’s known for writing what many consider unlikable characters. She excels at it. It’s the strength of a talented writer to write unlikable characters in a readable, magnificent and emotive manner. We may all possess unlikable qualities. Sometimes likeable characters are just too perfect, just too likeable to make for a satisfying read.

In this compelling novel with a realistic portrayal of female friendship in all its infatuation, moodiness and competitiveness, childhood friends Julia and Cassie fall out in high school, not surprisingly as we often change and need different things at different stages of our lives. Something terrible happens to Cassie. How much can one remember about our childhood friendships and what drew us to that person and what pushed us apart? Julia, the narrator of this novel, acknowledges that her memories might be murky way back when she and Cassie first met and “became friends in the second week of nursery school when we were four years old.” Julia recalls what drew the girls together and ultimately pushed them apart.

It’s rare the childhood friendship that carries into adulthood. Most of us evolve so much that those relationships fall to the side. This novel will make you reminisce about your childhood friendships. I’ve seen some childhood friends at high school reunions, while others I’ve lost forever, some for no reason then that we grew apart, we went in different directions as we developed into adults. It’s comforting to have this intelligent, masterful author write about these things because those were challenging times for many of us. Messud divided the novel into three sections. In the first section, the girls are children. This section’s influenced by fairy tales, Messud explains. In the second section, time passes and events have wider consequences as Julie and Cassie move into adulthood. In the third section, Julia and Cassie are “nominally into adulthood” and are both making up stories.

It doesn’t bode well for Cassie that she lives with only her mom Bev, a hospice nurse struggling to make ends meet. Messud writes: “It wasn’t hard for Cassie, who never confided in her mother. Bev Burnes wasn’t reliable; she was moody and weird in spite of her perma-smiles, and even if she seemed cool about something, it didn’t mean she’d stay cool with it, and weeks or even months later she would throw it back in Cassie’s face, or blab like it was nothing. Cassie had learned the hard way not to trust her mother.” Julia lives comfortably with two parents who earn enough money to allow Julia the comfort to not worry about daily necessities. Both work from home which means Julia always has her parents around for guidance, security, etc. Julia’s father is a dentist with an office in the (no longer used) stables on their property [“When he goes to work, he walks a hundred feet out the back door.”] and her mother “is a freelance journalist, a vagueness that seems to mean she can be a journalist when it suits her. She writes restaurant and movie reviews for the Essex County Gazette, and for the past few years she’s written a literary blog that has a following, including an adult English class in Tokyo that writes very polite comments.” Julia recalls: “Even when I was alone, I liked to know that I wasn’t really entirely alone; but that wasn’t how it was for Cassie.”

It seems clear that something will happen even if we aren’t already expecting it from the book jacket because these two girls are from such different family situations. When you’re young you can ignore those differences and how they may shape your future and your development. There’s this astute observation: “With someone you’ve always known and have loved without thinking, there’s the strangeness of knowing everything and nothing about them at the same time.” Julia’s the “good girl” and Cassie’s the “bad girl.” At least as literary characters. Cassie lives on the edge. She’s delving into everything and anything she can without hesitation and without considering any consequences for her action and behavior. Developing brains and all. It’s hard to be a teenage girl. Some girls want to grow up quickly. Some girls want to be more adult than they are. Some girls are more adult than their age. It happens. I had lots of friends who got fake IDs so they could drink before they turned 21, both in high school and in college. My brother got my friends the fake IDs. I had no desire to do so.

Messud, at a recent book reading, explained that as teenagers we have “a choice to opt out of the sexual economy.” Such a brilliant way to describe that phase when we hit puberty or start liking boys (or girls). Julia isn’t hurrying into sexuality as much as Cassie and that definitely separates them in junior high and high school.In high school, I had a group of friends who didn’t date or hook up with boys. Of course, this was a while ago, in the 80s. There were others who always seems to have boyfriends. Teens become sexually active even earlier these days. Julia focuses on her future outside of the town while Cassie focuses on her future outside her house and apart from her mom. This friendship won’t last once these girls become independent young women.

Claire Messud will be reading at The Brattle Theatre for Harvard Book Store tomorrow, September 5, 2017 at 6pm.

FTC Disclosure: I received this book for review from W.W. Norton.

This entry was posted on September 5, 2017, 03:26 and is filed under Books. You can follow any responses to this entry through RSS 2.0. Both comments and pings are currently closed.