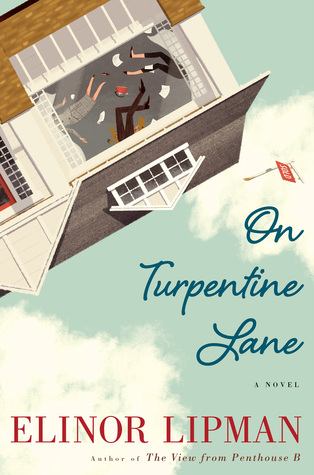 Faith Frankel, a thirty-two-year-old single woman, moved back to her hometown and works in stewardship at her alma mater, a private school. She recently purchased a house with a questionable history. Faith’s fiancé quit his job to trek across the country living off of Faith’s credit cards. He’s not walking for a cause but to find himself and Faith’s rather bothered by the photos with various women  he keeps posting to social media. Faith’s father has become a painter, specifically making Chagall knock-offs and personalizing them. He becomes involved with a younger woman setting off some issues with her parents and the rest of the family (mainly Faith and her brother). While juggling her fiancés antics with her father’s new career and her mom’s meddling, her brother hustles with his snowplow business in the small western Massachusetts town.

Why someone so smart and independent would remain engaged to this unaware guy? What’s appealing about Faith is that she’s not obsessed with getting married even though she did get engaged to her boyfriend before he embarked on his cross-country walk. She enjoys her work but isn’t obsessed with it. While her friends can’t understand why Faith moved back home from Manhattan, she’s thrilled to make a cozy home on Turpentine Lane. She’s content with her straightforward comfortable career and her new house.

Author Elinor Lipman describes Faith’s position as writing thank-you notes (by hand!) to donors. I have worked in stewardship and never wrote notes by hand. But I let it go as it’s a small town and a private school and a novel. In the Q & A that arrived with the press materials for the novel there’s this question: “Faith works at a private school as Director of Stewardship. Is that a real job?” Do people, particularly in publishing and writing, not know about it? At another point in the novel there’s mention of a landline. I don’t know anyone under 50 who still uses a landline.

The local police keep searching Faith’s basement for murder evidence based on an anonymous tip. After finding a creepy photo album in her attic, Faith invites her handsome coworker, who recently split with his live-in girlfriend, to become her housemate. It’s not long before the longtime friends become romantically involved. Her brother and her mother end up helping Faith investigate the strange photo album and its connection to the past owner. This all sounds rather madcap and it could go terribly awry. In Lipman’s hands it’s a clever and delightful read.

A native of Massachusetts, Lipman graduated from Simmons College. I am also an alumna. I’ve read every one of Lipman’s novels. My favorite is The Inn at Lake Devine. I also really like Isabel’s Bed and Then She Found Me (which was adapted into a film starring Helen Hunt). Her novels tend to be witty, engaging and feature multifaceted, appealing and flawed female characters. Is there any more intriguing kind of woman? If you’re looking for a sharp and entertaining read, On Turpentine Lane will definitely satisfy.

This entry was posted on February 28, 2017, 17:33 and is filed under Books. You can follow any responses to this entry through RSS 2.0. Both comments and pings are currently closed.