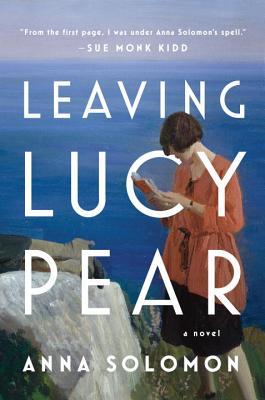 An engrossing and gorgeous work of historical fiction, this novel effectively weaves together issues of class, feminism, wealth, power, mental illness and motherhood. The setting: Cape Ann, Massachusetts, a working class fishing community as well as a lovely coastal summer getaway for Boston’s wealthy. In 1917, the unwed teenage daughter of a wealthy family abandons her newborn daughter under a pear tree outside her uncle’s estate on Cape Ann. A decade later, Beatrice finds herself  unexpectedly reunited with the Irish woman raising the determined and spunky Lucy Pear. Emma Murphy presents a business proposal to the local quarry owner and mayoral candidate, Josiah Story, and soon the mother of nine and wife to an alcoholic fisherman finds herself involved in an affair with this wealthy man. He sets her up with a job helping Beatrice take care of her elderly uncle. Beatrice is an activist but also dealing with mental illness. She married a gay man and chooses to spend the majority of her time with her uncle on Cape Ann instead of with her husband in Boston. Author Anna Solomon writes: “She lived with her uncle instead of her husband. She didn’t play piano. She hadn’t lasted a semester at college. She had abandoned her baby! She had failed to recover.” In many ways I could relate to Beatrice and this made for compelling reading. Solomon created characters with depth and fallibility– characters in which many readers should find commonality. Lucy decides to get work alongside her brothers at the quarry by dressing as a boy. She’s determined to raise enough money to escape her abusive adopted father and move to Canada where her older brother lives. With her dark curly hair, Lucy realizes she’s different than her siblings. Solomon writes: “Emma wondered if Lucy was dumb because then keeping Lucy could pass for a kind of selflessness. But Lucy turned out not to be at all dumb, only even-tempered and kind. She had the steady energy of a woman by the time she was eight, along with a boy’s knack for physical work, for pieces and parts and how they fit together, how things worked.” A native of Cape Ann, Massachusetts, Solomon effectively creates a distinctive sense of place. Leaving Lucy Pear is an outstanding novel.

FTC Disclosure: I received this book for review from Viking.

This entry was posted on September 25, 2016, 18:14 and is filed under Books. You can follow any responses to this entry through RSS 2.0. Both comments and pings are currently closed.