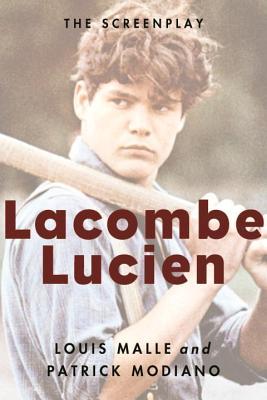 I adore books and film but I don’t often read screenplays. Lacombe Lucien is a film about the evils at play among French Nazi collaborators during WWII. It’s an early work by Nobel Prize winner Patrick Modiano and director/screenwriter Louis Malle. Apparently the film was quite controversial at its release as it depicted the dark underside of war, showing some French nationals doing despicable things to other French nationals. It’s harsh and raw.

Lucien Lacombe, a poor boy in Nazi occupied France, becomes involved with Fascist collaborators who join the Gestapo and inform on their fellow countrymen in horrific ways. There’s torture, murder, imprisonment. Lucien wanted to join the Resistance but his teacher rejected him. He told him he was too young. He added: “And anyway, this is serious business. It’s no lark, Lucien, like going out and poaching . . . . It’s like being in the army, you know. . . .” So Lucien joins up with the bad guys. He carried out small tasks for the Gestapo. This makes the young man feel powerful and indomitable. He’s rather content with the brusque lifestyle and its payouts until he falls for a Jewish girl named France. Will Lucien betray her and her family?

Reading the screenplay definitely makes me want to watch the film. Seeing the film will add vividness. I need to see these characters interacting. The arch in which Lucien and France fall in love seems incredibly quick although I cannot judge without seeing the actors chemistry.

This entry was posted on June 17, 2016, 21:11 and is filed under Books, Film. You can follow any responses to this entry through RSS 2.0. Both comments and pings are currently closed.