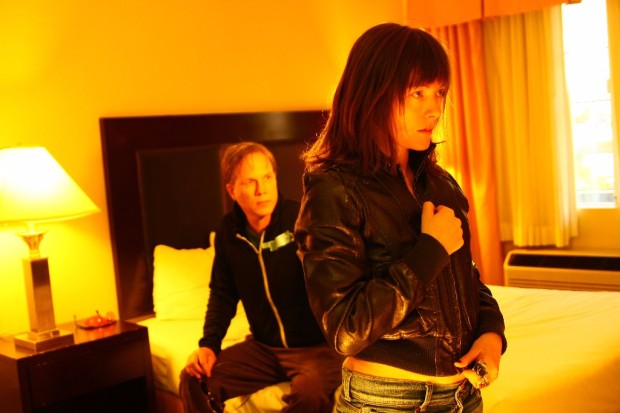 French musician and singer Lola G met screenwriter/guitarist James Greer at a Hollywood party three years ago. They began talking about music and soon formed what would become  DCTV. Both Lola G. and James Greer are multi-instrumentalists. Lola G  sings in French on the duo’s latest album confusion moderne which is out now. The result is a combo of fuzzy garage band rock/ French pop/ 60s ephemera/ fuzzy arrangements. There’s even a cover of “L’Accord Parfait” from one of my favorite 90s bands Autour de Lucie.

should be a fabulous live show.

rest of the tour:

This entry was posted on April 11, 2016, 22:42 and is filed under Music. You can follow any responses to this entry through RSS 2.0. Both comments and pings are currently closed.