on tour: The Subways 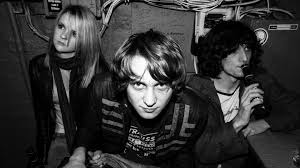 This is The Subways first North American tour in eight years. The band will be touring in support of its new self-titled album. The tour launches on April 12 in DC and runs through May 3. In 2005, with an average age of just 17, Billy Lunn [vocals/guitar], Charlotte Cooper [bass/vocals], and Josh Morgan [drums] formed The Subways in Hertfordshire, England and debuted Young For Eternity which became a gold-selling album .

Monday, May 2: San Diego (The Casbah)

This entry was posted on April 7, 2016, 07:51 and is filed under Music. You can follow any responses to this entry through RSS 2.0. Both comments and pings are currently closed.