Paramedic and firefighter Kali volunteers as part of the right-to-die movement. she helps the terminally ill die. Despite her youth, the twenty-something Kali knows what she’s doing—she’s worked 27 cases in a few years– yet her most recent case finds her flipped and handcuffed to the bed. Turns out Leland Moon, who works in law enforcement, tricked Kali into thinking he’s terminally ill and wants her help. Is it a sting? Leland needs something from Kali and it’s dark and involved and Kali might not be willing to do it but her other choice would be jail.

The Euthanist encompasses the hot button topic of euthanasia along with child abductions and abuse. Intriguing topics along with complex characters drive this dark riveting thriller. Once I started reading, I couldn’t stop. It’s smart, well-researched and at times amusing. All the right elements for a solid thriller.

Author Alex Dolan grew up in Boston and now lives in the San Francisco Bay area. He received a masters in strategic communications from Columbia University and has worked in Sub-Saharan Africa among other interesting locales. Dolan’s also a musician and recorded four albums. I recently spoke with Alex Dolan by phone. 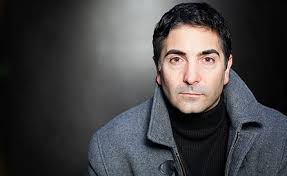 Amy Steele: I volunteered on the Massachusetts Death with Dignity ballot question and I’ve worked in healthcare and elder care. Euthanasia interests me. How did you decide to write a novel about it?

Alex Dolan: My dad passed away a few years ago. He was a healthy guy and he had ARDS (acute respiratory distress syndrome) which is a glorified staph infection that shuts down your lungs. It was so random. We didn’t have the time to prepare mentally. My dad had a living will in place. He’d already thought about this stuff. I didn’t have a living will until this happened. But I thought what happens if you get to this point and there is no quality of life? I started to do more digging and wanted to know who does this kind of work? Kevorkian pops up a lot but there are other more prominent figures who are academics. I read what they wrote. I watched documentaries. I intentionally didn’t approach people directly on this because it’s such sensitive subject matter. Where I’m normally very much a primary research kind of guy, for a lot of this I just ended up reading and watching as much as I could to find out what sort of person would gravitate toward this sort of work.

I feel like the character who came out of this, the character I wanted to create was very different and very vibrant from a lot of people I saw. She would realistically be around death all the time and wanted to be a part of it but wasn’t Grim Reaper-y. Someone young and strong. Idealistic and relatively self-assured in the work she was doing. Someone who was a realist not a Florence Nightingale or [Jack] Kevorkian. It started with what I went through with my dad but there’s the real question of who would do this. And not in a judgmental way. This kind of work that’s outside the law in almost every case. It’s like hospice care. There’s something really traumatic about being exposed to death and being willing to put yourself in the position to see someone go through it. It takes a lot of courage for someone to go through it. And you have to be willing to go to jail to bring this mercy to someone. That’s intriguing to me.

Amy Steele: Why a female protagonist and what were the challenges of writing from a female point-of-view?

Alex Dolan: My association with the death with dignity movement was with Kevorkian. He was the face of the movement for better or worse. I actually have a lot of respect for him. But to a certain degree he was this somber stoic character. I wanted to have somebody who was the exact opposite of that. I wanted people to think differently about what this work really meant. Rather than somebody who personified an angel of death, I wanted somebody younger and physically formidable, who used her body a lot and wasn’t an academic.

I don’t think there’s a whole lot of difference between men and women in terms of the fundamental things they want. There’s a lot more similar characteristics than differences. People want love and respect and sex and money and community and friendships. That doesn’t change if you’re a man or a woman. The primary drives that would motivate a character don’t change that much. There are some factors I get to play with by Kali being a woman and the antagonist being a man. The tension is different than if it were two women or two men. A lot of my intimate relationships have been with women—friendships or intimate relationships—I feel like I’ve gotten to know women better than guys.

Amy Steele: Kali is very strong and independent and physically you made her strong. She’s in a male-dominated career as a firefighter/paramedic. What was involved in her character development?

Alex Dolan: Part of it was me thinking I’m somebody who loves a good read and loves something that’s exciting. And I like strong characters anyway–their mind and their body. The nature of this story too; I tend to put my characters through a lot of punishment. I think I grew up reading a lot of mythology where the central hero gets beat up a lot. They learn and they grow through suffering. I wanted someone who could take that punishment, so somebody who was already strong. I gravitate toward people I think have a certain amount of inner strength.

It also resulted from research. When I thought about the kind of person who could do this kind of work, I didn’t want a doctor who’d been doing this for 30 years who was so rigid in his or her ways who wouldn’t question it. I wanted it to be somebody younger who had some medical experience but wasn’t an expert. I wanted the person to be fallible. So I thought it could be a paramedic or EMT. A lot of paramedics are also firefighters. A lot of the calls for firefighters are medical calls. That interested me. To become a firefighter you have to be in great shape. The physical aptitude test to get in is tough. I interviewed female firefighters and these are people who are really strong people. These are people who are going to crime scenes and putting themselves in danger. Things can get ugly quick. And there’s a gray area around the ambulance. What happens in the ambulance stays in the ambulance. There’s a law that an M.D. must declare a death. Many of my interviewees said there’s a saying that nobody dies in an ambulance. There’s a line being biological death when someone dies in the ambulance and legal death when a doctor calls it. Doing something outside the law but considered a mercy killing wouldn’t be outside someone’s scope of experience in that situation.

Amy Steele: You brought in several other dark themes with childhood abuse/trauma and abduction. Did that just develop or how well did you plan out your writing?

Alex Dolan: I outline a lot. I tend to derail easily so if don’t outline it’ll be easy for me to go off on a 20 page exposition. For me it’s easier to rework a story outline then to go through a draft and realize major elements aren’t working. I did know how it was going to end. I went down that path of bringing in the abduction subplot. The protagonist is doing things that some people would find questionable. I wanted to find a villain that was morally reprehensible. The details in the book are largely drawn from actual cases.

Amy Steele: The [redacted so as not to give it away] scene in chapter seven. That was gnarly.

Alex Dolan: That was a bit much. The running blades. Way before Oscar Pistorius became a killer the image of him running on those running blades was quite heroic. Cindy is an interesting character, a secondary character. I know a lot of people who’ve survived childhood trauma. I find that some people button themselves up and protect themselves and build a psychological shell so that can’t get hurt again and there are people who tap into their inner strength and whether that’s a mask or not is up to debate. They end up become driven by that [trauma]. She’s someone who feels she needs to rise above it to make up for lost time.

Amy Steele: Why did you decide to bring a law enforcement official into the novel in Leland Moon?

Alex Dolan: She was breaking the law so the ultimate threat for her is somebody who can put her in jail. It took me a long time to settle on having him be a law enforcement official. I didn’t want the scene to be contrived. I researched what it took to be a veteran law enforcement official. What informed the backbone of Leland is that I watched a lot of YouTube videos and FBI agents have a superiority complex that they have to be this smart and tough to get into this branch of law enforcement. For Leland to want to do what he does in the first few chapters, you have to have a lot of guts and confidence in your ability. Someone who’s actually in the Bureau would actually think they’re that much better than the person they’re trying to catch.

Amy Steele: Have you always been interested in writing thrillers?

Alex Dolan: I don’t read a lot of genre thrillers. A lot of what attracts me is the voice. I think Joyce Carol Oates writes a mean thriller. There was a book she wrote last year called Carthage. Her stuff is totally accessible. She writes horror that’s creepier than Steven King. I tend to read a lot of literary fiction that delves into subject matter that interests me. You’re putting people in situations that are untenable situations. I also have a soft spot for horror. You’re putting someone in a horrible situation and you see what happens to that person. Thrillers can uncover the best that people have to offer. That’s when people can rise above and be the best they can be.

Amy Steele: What do you like about Kali and Leland?

Alex Dolan: I like that [Kali] is driven. She is doing what she does to ease suffering. She has her own guilt from stuff that happened as a teenager but she’s not doing this for glorification. There’s a nobility but a humility. For Leland, I like Leland’s smarts. I respect that fact that he’s working on other people’s behalf. His motivation is similar but he’s willing to throw people under the bus to do what’s right. That I don’t agree with. Kali has a mentor and she doesn’t want those people to get into physical or legal problems. I like Leland’s drive. His acumen is notable. He’s very good at what he does. His morality is a little foggier and I question his judgment sometimes.

This entry was posted on September 14, 2015, 18:22 and is filed under Books, Interview. You can follow any responses to this entry through RSS 2.0. Both comments and pings are currently closed.