ON TOUR: Parade of Lights with AWOLNATION

Los Angeles-based alt-electro band Parade of Lights will release its debut album Feeling Electric [Astralwerks Records] on June 2. Pre-order the album at iTunes. They embark on tour with AWOLNATION in June and July. The first date is June 16 in Richmond, VA and the tour winds up in Detroit. The band hits House of Blues in Boston on June 26. 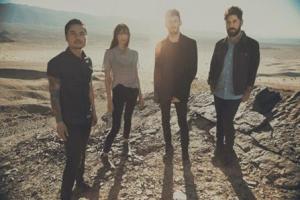 This entry was posted on May 14, 2015, 14:31 and is filed under Music. You can follow any responses to this entry through RSS 2.0. Both comments and pings are currently closed.