book review: Where Women are Kings 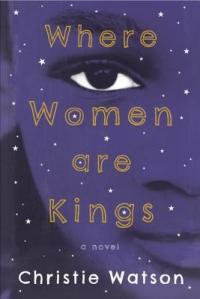 Simultaneously heartbreaking and heartwarming. Stunning. Entwines race, foster families, adoption, mental illness and cultural differences with exquisite descriptions and phrasing. Every so often I read a novel so gorgeously written and remarkable that I find it difficult to review. This is one of those novels.

The title refers to Elijah’s mother’s birth country of Nigeria. After being moved from one foster family to another, a bi-racial, British-Nigerian couple adopts the seven year old with a history of disruptive behavior. “Nikki had known people would talk. After all, a white woman didn’t suddenly give birth to a black child of seven. Still, she wished people would mind their own business.”

Nikki and Obi believe their magnanimous love and consistent support will make Elijah part of their family. His mentally ill and deeply religious mother told Elijah that there’s a bad spirit in him. She wrote in a journal: “I was so unwell, Elijah, hearing voices constantly, not sleeping, unable to eat, and I knew everything was down to that wizard destroying us. The insects were crawling around inside me.” He believes her and assumes that this evil cannot be stopped. He dreads discussing it and doesn’t know how to fight it “But Elijah could feel the wizard, churning up his stomach, and he had to hold tight to Granddad or the wizard might take hold of Elijah’s body and fly him far away.”

Social workers and therapists attempt to work with Elijah’s wounded spirit but Elijah’s thinking and behavior intensifies. “Nikki felt her own heart thumping against Elijah’s back. Ricardo had warned them about rages and that Elijah might lash out, but, since she’s first seen his scars, Elijah had been nothing but calm and loving. She felt the skin underneath her eye. What had happened to her son? She held him close.”

purchase at Amazon: Where Women Are Kings

Christie Watson, Other Press, Where Women are Kings

This entry was posted on April 29, 2015, 21:34 and is filed under Books. You can follow any responses to this entry through RSS 2.0. Both comments and pings are currently closed.