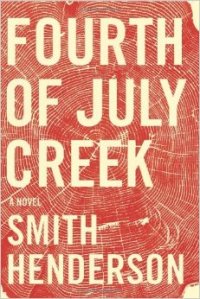 “The mother collected unemployment but her full-time occupation was self-pity. She slippered around the house in sweatpants and smoked a lot of weed and took speed and tugged her hair over her face in a shape pleasing and temporary and dumped forth her old bosom and smiled prettily for herself and discovered nothing in the mirror to recommend her to anybody for anything.”

Fitting title for a painstakingly detailed novel about a social worker tasked to cover a rural, impoverished area in western Montana who encounters a survivalist battling everyone including the FBI. Sad, forlorn. Set in the 1980s. Provides insight into a social worker’s challenges and stressful existence.

Not surprisingly Pete Snow’s personal life is in near shambles. Pete drinks heavily as soon as his day ends. He has almost no relationship with his teen daughter and then his ex-wife moves off to Texas. Soon after, the estranged thirteen-year-old daughter runs away after a debauched party. Snow begins dating another social worker who lives in Missoula. She’s a product of the system herself, grew up in foster homes shuffled around and then decided to become someone who ideally helps others with lives as difficult as hers. Of course that’s the goal.

Smith Henderson writes the darkest, harshest, extreme scenarios. The central focus remains the erratic, strange Jeremiah Pearl—secluded in a wooded area. He’s stockpiled and barricaded and waits for some sign, some end of everything, the apocalypse. Pearl harbors strange ideologies and remains averse to any government intervention including when Snow tries to assist Pearl’s son. Jeremiah pushes Snow away repeatedly but Snow keeps coming back undeterred.

“He drove his Corolla with the windows down, but pumped them back when mammatus clouds popcorned over the Flathead Valley and gumdrops of rain began to splash his windows. He turned onto Highway 28 and the clouds quit raining altogether and shortly thereafter broke up like a crowd after a fistfight.”

Excellent writing but I struggled through large chunks. While initially pulled in by impressive descriptions and turns of phrase, the story lagged and side-plots drew me astray. I mainly just wanted to find out what would happen with the survivalist. Would there be a Waco-style ending?

purchase at Amazon: Fourth of July Creek: A Novel

This entry was posted on June 14, 2014, 17:44 and is filed under Books. You can follow any responses to this entry through RSS 2.0. Both comments and pings are currently closed.