May 8, 2014: Lifetime announced that produced begins this month in Morocco for the two-day miniseries based on the best-selling novel The Red Tent by Anita Diamant. It premieres later this year on the network. 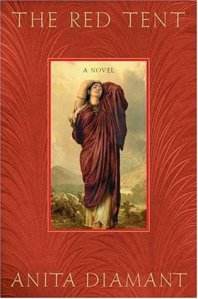 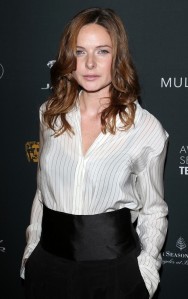 Will Tudor (Game of Thrones)

Description: The Red Tent is the sweeping tale of Dinah, the daughter of Leah and Jacob, who was only referred to in small glimpses in the Old Testament. The miniseries begins with Dinah’s (Ferguson) happy childhood spent inside the red tent where only the women of her tribe are allowed to gather and share the traditions and turmoil of ancient womanhood. Told through Dinah’s eyes, the film recounts the story of her mothers Leah (Driver), Rachel (Baccarin), Zilpah and Bilhah, the four wives of Jacob (Glen), and his courtship of them. The saga continues as Dinah matures and experiences an intense love that subsequently leads to a devastating loss, changing the fate of her and her family’s lives forever. Winger portrays Rebecca, Jacob’s mother while Tudor stars as Joseph, Dinah’s brother.

The Red Tent has sold millions of copies worldwide and and has been translated in 28 languages. The novel is a New York Times, Los Angeles Times, Washington Post, San Francisco Chronicle, USA Today and Entertainment Weekly Top Ten Bestseller.

Produced by Sony Pictures Television, The Red Tent is executive produced by Paula Weinstein (Blood Diamond). Roger Young (Law & Order) directs from a script by Elizabeth Chandler (The Sisterhood of the Traveling Pants) and Anne Meredith (Secrets of Eden).

purchase at Amazon: The Red Tent: A Novel

This entry was posted on May 8, 2014, 21:39 and is filed under Books, TV. You can follow any responses to this entry through RSS 2.0. Both comments and pings are currently closed.