Somehow I never knew Venus and Serena Williams grew up in Compton, California. So extra accolades to them for succeeding as they have. The documentary shows early interview and stock footage as well as current interview footage. As with 99% of successful professional athletes the sisters missed out on a lot growing up. But I think they’ve made up for lost time and don’t seem to have missed out on youthful silliness plus they had each other. Their days revolved around tennis and school. It’s also wonderful to see the tight bonds between Venus and Serena as well as with their mom, dad (now divorced) and their sisters and family members. These are remarkable, spirited and giving women who adore tennis and don’t intend to retire any time soon. Venus and Serena are trailblazers for women in sports and African-American women in sports.

70% of women need direct clitoral stimulation to orgasm. A sex shop owner said that many women don’t even know how to find their clitoris. Blame it on a lack of sex education. Big pharmaceutical companies and medical industries developed Viagra for men and now want to capitalize on a fabricated women’s “disease” called female sexual dysfunction (FSD). Women have long been programmed to believe that not achieving an orgasm through intercourse indicates something flawed.

Director Liz Canner exposes this greedy, disruptive and manipulative process in the intelligent and disturbing Orgasm, Inc. The company Vivus, planning to develop an orgasm cream for women, hired Canner to create erotic videos to aid in the clinical trial phase. Canner spent nine years researching the pharmaceutical and medical industries and their relationships to female pleasure. These big pharma companies wanted to be the first to develop products to treat FSD. They would make tons of money but the side-effects and risks outweigh the benefits. Still, many “sex experts” such as Laura Berman, PhD work with pharma companies to publicize their drugs. You know all the drug commercials we’re bombarded with on television and in magazines? Ronald Reagan signed the direct-to-consumer advertising law. Only the United States and New Zealand allow direct-to-consumer advertising by pharmaceutical companies. It’s rather sad if you really contemplate it. People see the commercials and a seed gets planted that something might be wrong with them that can be cured with a pill. It’s just not that simple in our fast-paced, high stress environment. She receives a whopping $75, 000/ day.

Canner approaches the topic in a refreshing manner. She speaks to clinical researchers, sex educators, scholars, activists and a variety of women. Orgasm, Inc. is a compelling and thoroughly researched documentary. It’s a must-see. 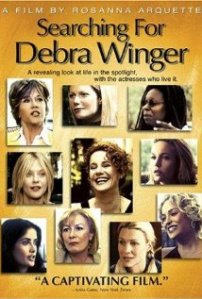 Rosanna Arquette’s documentary on women in film. Amazing and very honest commentary from stars from Gwyneth Paltrow to Whoopi to Vanessa Redgrave to Selma Hayek to Charlotte Rampling to of course Debra Winger. It’s great that these women feel comfortable with age but sad to see the frustration and that there still is the issue of great roles for women over 30. Instead of the wife, the girlfriend and that women have to make a choice of career or family, many making only one film per year. There’s a discussion by a group of 30somethings including Martha Plimpton and Samantha Mathis that televison roles are actually better these days which is a huge flip from the past, film actors never went to tv and also focusing on the stage. And then sadly they talked about many directors and producers wanting to find the “fuckibility factor.” Patricia Arquette spoke of an inappropriate producer and how she had to do a sex scene for “Human Nature” and asked that he not be there and was told he wasn’t, found out he was and pulled the director aside and told him he had a lot to learn and for a scene like that she needed to feel safe and he blew it.

This entry was posted on August 12, 2013, 02:56 and is filed under DVD, Film. You can follow any responses to this entry through RSS 2.0. Both comments and pings are currently closed.