The Autobiography of Malcolm X [as told to Alex Hailey] 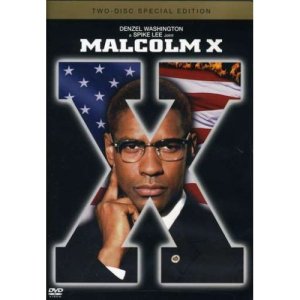 Betty & Coretta on Lifetime
–Mary J. Blige stars as Dr. Betty Shabazz, wife of Malcolm X and Angela Bassett stars as Coretta Scott King, wife of Martin Luther King, Jr. It’s a lot to pack into 90 minutes and starting in the middle can be rather confusing for those unfamiliar with civil rights history or with Malcolm X or MLK. These are strong, smart women. Although there’s an initial rivalry between the women and an animosity between the men and their opposing messages– Malcolm X wanted to use “any means necessary” to fight the system and MLK spoke out for civil disobedience– this film is about the women’s friendship after the assassinations of their husbands. Betty Shabazz earned her doctorate and taught. Coretta King worked tirelessly for the national holiday recognizing her husband.

This entry was posted on February 21, 2013, 15:36 and is filed under Books, DVD, TV. You can follow any responses to this entry through RSS 2.0. Both comments and pings are currently closed.