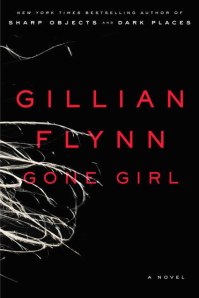 “I used to be a writer. I was writer who wrote about TV and movies and books. Back when people read things on paper, back when anyone cared about when I thought. I’d arrived in New York in the late 90s, the last gasp of the glory days, although no one knew it then. New York was packed with writers, real writers, because there were magazines, real magazines, loads of them. This was back when the internet was still some exotic pet kept in the corner of the publishing world—throw some kibble at it, watch it dance on its little least, oh quite cute, it definitely won’t kill us in the night.”

“Then after they siphoned off my money, my “feminist” parents let Nick bundle me off to Missouri like I was some piece of chattel, some mail-order bride, some property exchange. Giving me a fucking cuckoo clock to remember them by.”

“But I’m a romantic. In real life, if Nick had killed me, I think he would have just rolled my body into a trash bag and driven me to one of the landfills in the sixty-mile radius. Just dispose of me.”

This entry was posted on January 17, 2013, 17:49 and is filed under Books. You can follow any responses to this entry through RSS 2.0. Both comments and pings are currently closed.