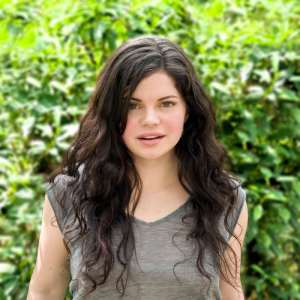 On her new album Circus Heart, Rebecca Loebe showcases an impressive vocal range from bold and commanding on title track “Circus Heart” to gentle and sweet on “Georgia.” Unusual arrangements and varied instrumentation all add to her charm. This is alt-folk at its best. Rebecca took the time to answer a few questions while on tour.

Amy Steele: You went to Berklee College of Music and got a degree in music production and engineering. How has that helped your own singing and songwriting? What did you like about Berklee? What’s the most important thing you took away from your four years there?

Rebecca Loebe: I had a great experience at Berklee – I was a teenager when I enrolled, and I was incredibly inspired by all of the talent and passion that surrounded me there. The environment was bustling with creativity and drive, and I think that definitely sparked a fire within me that I am still fueled by. After school I worked as an engineer at a recording studio, which was really helpful work experience and gave me a deeper appreciation for the roles everyone has to play in order to get a project done. It also gave me access to a recording studio, which helped me get my first album Hey It’s a Lonely World together.

Amy Steele: What do you like most and dislike most about touring?

Rebecca Loebe: What I love most about touring, without a doubt, is the opportunity to meet and get to know so many people as I travel around the country. There are so many incredible people out there, and I feel really fortunate to meet a ton of them as I go about doing my job. I like to cook, and eat meals at home, and I don’t get to do that much when I’m touring, so I guess that would be my least favorite part.

Amy Steele: Where do you get ideas for songs?

Rebecca Loebe: Song ideas come at me from everywhere – conversations with friends or strangers, snippets of stories on the radio, weird dreams…

Rebecca Loebe: Unhealthy! Every song comes together differently, but in general I come up with one line (a few words with a melody) first. This line usually ends up being the first line of the song or some part of the chorus. Once I have that line, I try to find paper and write as many words as I can – rhyming, non rhyming, lists of concepts, everything I can think of that has anything to do with that topic. Slowly I mold the words into verses, kind of figuring out what it’s about as I’m going. Then I pick up the guitar again, and start working on chords and a melody for the lyrics I’ve come up with.

Amy Steele: You said the first song you learned to play was “Joey” by Concrete Blonde. Who are some artists you admire?

Amy Steele: Why did you decide to go on “The Voice?” What did you learn from the competition? What was the best part of it?

Rebecca Loebe: Honestly, the only reason I auditioned for “The Voice” is that I felt completely positive that there was no way in hell they would possibly pick me (the logic being that they don’t put folk singers on national network singing competition shows). I was very surprised when they asked me to come to the callback auditions, and then invited me to LA…I just sort of went along for the ride to see how far it would go. I admit that I was a bit cynical about it when I went out to the final auditions in LA – I’m not the biggest fan of reality TV and I was worried that it would be sleazy or negative. I was happily surprised to learn that “The Voice” was neither of those things – I really had an incredibly positive experience…I got to sing two songs I love in a style that I believe in, backed by an awesome band on national television. I feel like I played with fire and didn’t get burned.

Amy Steele: Who are you currently listening to?

Rebecca Loebe: I’m on the road right now, so I’m listening to a lot of music! I’ve been listening to a lot of Allen Stone, Milk Carton Kids and Alabama Shakes, after seeing them all at SXSW. Anais Mitchell, Cory Brannan and Nels Andrews all released albums earlier this year that I’m really enjoying, and most recently I’ve been wearing out Danny Malone’s upcoming release Balloons (I backed it on Kickstarter so I got it early!)

Amy Steele: What attracted you to folk music versus any other genre?

Rebecca Loebe: Funny you should ask that – I never really decided to be a folk singer. I just started writing songs and playing guitar to accompany myself doing it, and people call it folk. What I have come to appreciate about folk music is that it is an honest and unpretentious medium; I write about the world as I see it, and I offer my musings for people to enjoy or not, as it is useful to them.

Amy Steele: Have you had any major issues as a woman in the music industry?

Rebecca Loebe: Luckily, I haven’t had too many annoying run-ins that felt blatantly sexist.
I feel incredibly fortunate to be living and performing in this day and age with relative easy and equality. It seems to me that I’m able to do so because those 20, 30, 50 and 100 years older than me broke down a lot of barriers, and I try to live in a way that honors their efforts.

Amy Steele: What is your greatest challenge as a songwriter?

Rebecca Loebe: Remembering that I will write another good song again. I have trouble writing when I’m on the road, surrounded by people, not able to be alone with my thoughts…sometimes, when it has been months since I’ve written anything, I get scared that I’ll never write another song again!

Amy Steele: What is your favorite thing about being a singer/songwriter?

Rebecca Loebe: Watching the songs I write land on the faces of people in the audience – when I see that connection being made, I know that the songs are now out of my control and will have an entirely new life, and take on new meanings to every person who hears them. I love that. 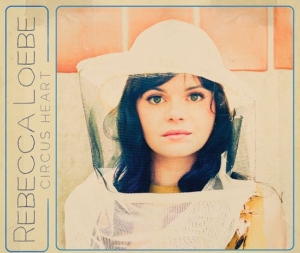 This entry was posted on September 28, 2012, 15:05 and is filed under Interview, Music. You can follow any responses to this entry through RSS 2.0. Both comments and pings are currently closed.