FILM OF THE WEEK: The Raven 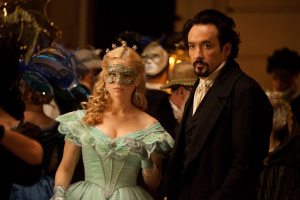 “That’s life. So much less satisfying than fiction.”

John Cusack stars as Edgar Allan Poe in this macabre and darkly humorous blending of fiction and reality. With a serial killer using Poe’s stories as a blueprint, Baltimore police turn to the author for assistance. It’s particularly personal for Poe as his reputation and the life of his girlfriend are both at risk.

Being a fan of both Edgar Allan Poe and John Cusack, I enjoyed every moment of The Raven.

This entry was posted on May 9, 2012, 02:31 and is filed under Film. You can follow any responses to this entry through RSS 2.0. Both comments and pings are currently closed.