Steele’s Picks for Best Reads of 2008

A group of sisters write to guys during WWII (either boyfriends or just guys who need letters). I cried at the end of this book and promptly got online and adopted a U.S. soldier in Iraq. I wrote to SGT Michael Spaeth for the bulk of this year [and sent quite a few care packages] and his tour recently ended. I just requested a new soldier.

The Great Man by Kate Christensen 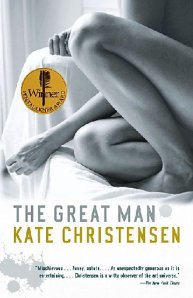 Fabulous read about an artist as told, after his death, from the viewpoint of four women: his wife, his lover, the lover’s best friend and his sister, also an artist. The women are all in their late 60s and early 70s and they have vastly different memories and relationships with this man and with each other. When two biographers come around to interview the women it forces them to speak to each other and for a long-standing secret to be revealed. Masterful writing by Christensen.

Told in a series of letters this is a charmer. Well-researched and planned, the book covers the period of German occupation of the British Island of Guernsey during WWII and the group of residents who created a book club to thrive and remain active. 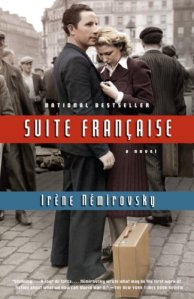 A remarkable, fluid, enthralling book about WWII written by a French Jew (who ended up being shipped off and killed in a concentration camp). It was published some 50 years posthumously. She paints a detailed portrait of the villagers when the Germans invade as well as the mass exodus from Paris. It is funny, sad and quite sympathetic at times toward some of the German soldiers. She seemed to be able to see the situation from all angles and get it down in exquisite prose.

The Cure for the Modern World by Lisa Tucker

Heartbreaking and beautiful. So well-written. Striving for that “perfect” life in suburbia in the 50s can destroy you.

People of the Book by Geraldine Brooks

Brooks puts you in Sarajevo and London and Venice at all times as she describes the exciting discovery of an ancient Hebrew manuscript with clues as to its travels and its use over time. While based on real events, Brooks creates fantastic characteristics and writes this love story to books and reading and history. I love her style, her research and journalism skills and want to write books just like her when I finally do.

The Garden of Last Days by Andre Dubus II

Once I got into this book, I just could not stop reading. It is about the fictional final days of one of the 9/11 hijackers as he spent them in Florida at a stripclub. It also involves the stripper and some other clubgoers and how their paths cross that evening.

The Cellist of Sarajevo by Steven Galloway 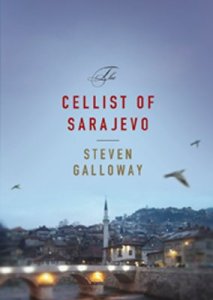 A haunting, majestic book of epic proportions. Its about the occupation of Sarajevo in the 90s. A cellist decides to play for 22 days honor those who died from a mortar attack. A man travels to collect water. A woman works as a sniper. Another man walks across town to get bread. All risk their lives. Galloway tells their stories with truth, beauty and honesty. One of the best books I’ve read, ever.

The Senator’s Wife by Sue Miller

Fantastic read. Miller is quite the storyteller and wordsmith. She creates this characters that you can imagine knowing, that are so vibrant and complex and real. Her chosen topic fits the times and our nation’s landscape. It’s not what you expect either.

The Year of Magical Thinking by Joan Didion 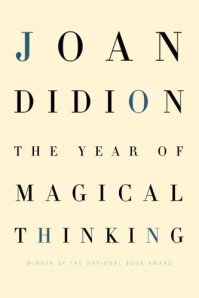 Pretty amazing piece of work. Writing about an unimaginable event.

The Condition by Jennifer Haigh

This is a page turner about a family from Concord, Mass. who summer on the Cape like so many other well-to-do Massachusetts people. The author weaves together secrets involving Turners syndrome, apoptosis, homosexuality, MIT, the scientific community and families in general. It is so well done.

Who would think that a fictionalized book about Laura Bush would be this good and this hard to put down? I really sunk into this book and didn’t want it to end. Sittenfeld did her research and fleshed out her character and made it an enjoyable, wonderful book. I then saw the film W a few weeks later and it made it all that much better for me.

Water for Elephants by Sara Gruen

Now I know why everyone has been reading this book—from girlfriends to my step-grandmother– and raving about it. Engrossing and imaginative. I read it in one night.

In this lyrical collection of stories, Lahiri weaves together families and couples and single people and Indian traditions along.

Delightful and memorable story about a cat and a little library in Middle-America. The cat touches many people in the libary and the community but the book will also enlighten you about Iowa and its people as well as libraries in general.

This entry was posted on December 25, 2008, 06:27 and is filed under Books. You can follow any responses to this entry through RSS 2.0. Both comments and pings are currently closed.